Code in the latest beta of macOS Catalina found by a developer shows Apple could be working on Project Catalyst versions of Messages and Shortcuts for the Mac. 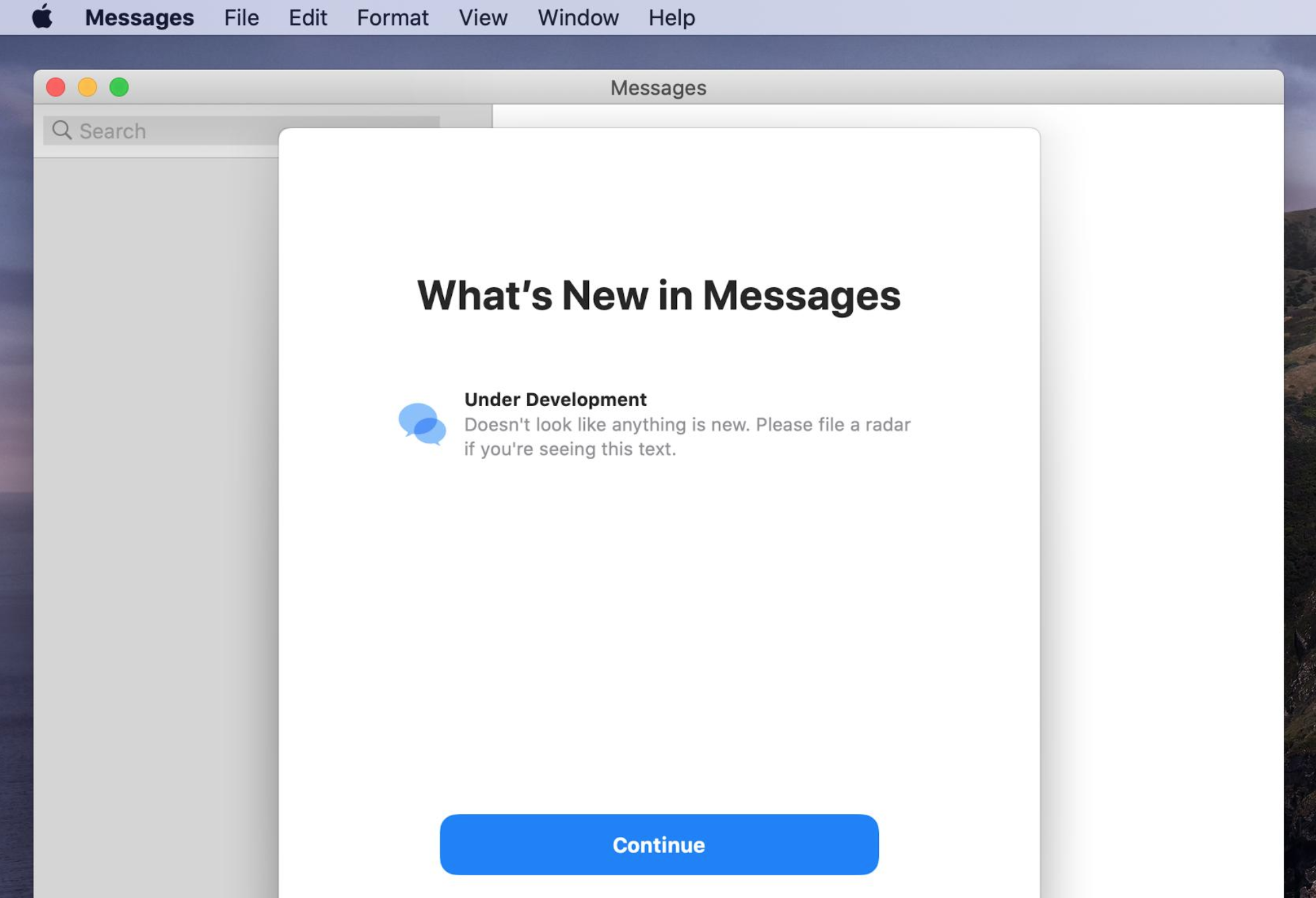 As part of its Project Catalyst program, Apple is reportedly reworking Messages to be more in line with its iOS variant, introducing features such as iMessage Effects on the Mac for the first time, allowing users to express themselves in new ways when chatting on the Mac.

Developer Steve Troughton-Smith took to Twitter this week to show the evidence he found that Apple is working on Project Catalyst versions of two iOS applications: Messages and Shortcuts.

“There is a whole lot of evidence in Catalina that [Apple is] working on a full, Catalyst version of Messages, much like Shortcuts for Mac,” Troughton-Smith wrote on Twitter. “So, just like Shortcuts, I decided to cut to the chase and do it myself by calling the system frameworks.”

There is a whole lot of evidence in Catalina that they’re working on a full, Catalyst version of Messages, much like Shortcuts for Mac. So, just like Shortcuts, I decided to cut to the chase and do it myself by calling the system frameworks. Voilà pic.twitter.com/IsXKrGpemd

Project Catalyst is a framework Apple created to allow developers to bring their iOS apps onto macOS. While Apple has shut down the idea of merging iOS and macOS into a singular platform, by allowing developers to port apps over, it will help unify both iOS and macOS without necessarily combining them together.

Troughton-Smith says that the UI layout is fairly different from iOS, as it’s modelled to look a lot more like the macOS version. Interestingly, Apple SVP Craig Federighi yesterday revealed that the company plans to update its News, Stocks, Voice Memos, and Home apps with more of a macOS feel. Those four apps debuted in macOS Mojave and were the first iOS apps to make their way to macOS.

It’s unclear if Apple plans to ship new Messages and Shortcuts apps with the first release of macOS Catalina, but we can expect Apple to roll out the OS this September.

[caption id="attachment_389637" align="aligncenter" width="1024"] Image: OpenAI[/caption] ChatGPT creator OpenAI today announced the launch of a new "classifier" designed to detect machine-written text. "We’ve trained a classifier to distinguish between text written by a human and text written by AIs from a variety of providers," the company said. While the company's AI-powered chatbot has taken the...
Nehal Malik
48 mins ago