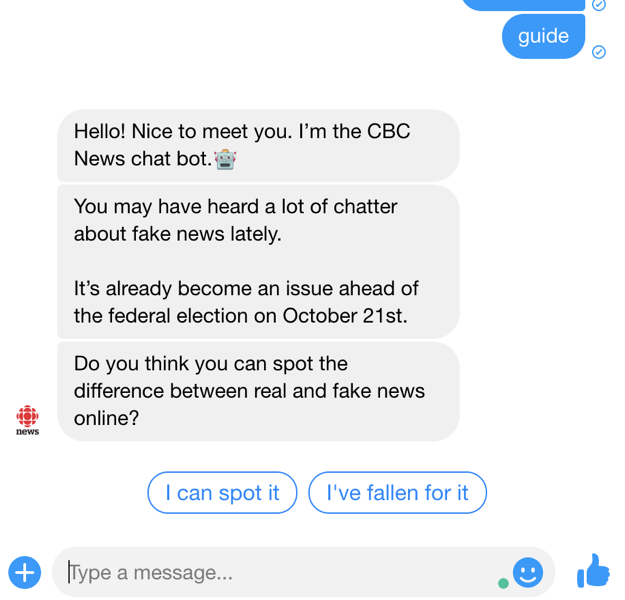 “Chat Bot is a tool for Facebook Messenger that guides you through five weeks of learning about misinformation and disinformation, from deep fakes to suspicious articles,” explains CBC News.

According to an Ipsos Public Affairs for Canada’s Centre for International Governance Innovation (CIGI), 90% of Canadians says they feel they have fallen for ‘fake news’ at some point.

Accessible over at messenger.com/t/cbcnews, the public broadcaster says the new chat bot will help educate readers on how to spot ‘fake news’ over the span of five weeks:

The CBC chat bot asks, “If you sign up, I can show you how to spot deep fakes, altered photos and articles that may look like they’re from news sites — but aren’t.” Users can opt to subscribe for updates if they wish to stay informed about spotting ‘fake news’.