Apple Pay, the Cupertino company’s revolutionary new mobile payment system that allows owners of the iPhone 6 and iPhone 6 Plus to pay at retail stores by holding their iPhones with NFC technology up to checkout readers, was apparently kept a secret by Chase bank by using a real Apple fruit, according to an interesting anecdote in The New York Times (via The Verge). 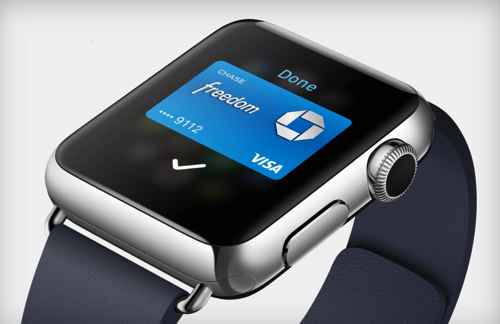 The publication says that executives at the bank JP Morgan Chase, one of Apple’s biggest initial partners in Apple Pay, were so intent on keeping the new system a secret, that they came up with a kind of “prop-based sign language for revealing it”, using a real apple fruit.

“JPMorgan Chase’s chief financial officer, Marianne Lake, took the stage at a financial conference on Tuesday under strict orders not to mention her company’s involvement in Apple’s new payment system. But when Apple’s chief executive, Timothy D. Cook, at a news conference in California at the same time, finally brought up Apple Pay, one of Ms. Lake’s deputies in New York took a green apple out of her bag and put it on a table on the stage, signaling that Ms. Lake was free to discuss the service. “So we are very excited about Apple Pay, and Chase customers will be able to participate in that,” Ms. Lake said, noting the appearance of the apple with a nod of her head.”

From the beginning, the Apple Pay project was kept a secret. The report notes that card companies had code names for Apple and Apple for the card companies. “At Visa, the code name was another consumer electronics company, chosen to avert attention from employees who were not involved”. Visa soon had about a thousand people on the team.

The project was kept a top secret until the final moments, when JPMorgan put a live stream of the Apple event on the large screens of the lobby of its headquarters to reveal the bank’s involvement.