Here’s How You Can Check If an iPhone is New, Refurbished or Replacement

The folks over at OSX Daily have shared a handy guide, that lets you check if an iPhone is new, a refurbished model or a replacement device from Apple. The process relies on an interesting device model identifier trick, and provides valuable information for buyers of used devices. 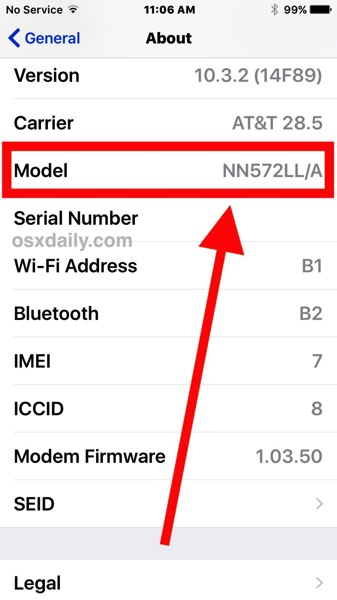 Simply follow these steps to decipher an iPhone’s model prefix and determine its original status.

Go to the Settings app on the iPhone.

Scroll to General > About and look for its “Model”.

Now read the model identifier next to that text, which will look something like “MN572LL/A”, the first character will let you know if the device is new, refurbished, replacement, or personalized:

That’s it. Now you can easily determine if an iPhone is new, repaired or has been replaced.