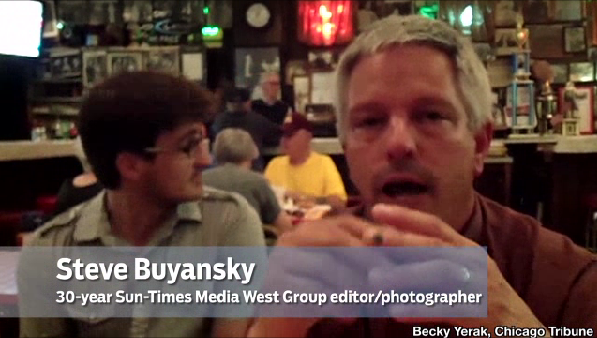 The Sun–Times Newspaper Group has decided to scrap the 500 years of collective experience of its photography staff by firing every one of them and giving their journalists an iPhone instead to evolve the newspaper appeal with its “digitally savvy customers” (via Fortune).

It remains to be seen and understood how this move will help the company evolve, but the first step appears to be the mandatory training of the entire journalist staff on iPhone photography basics, as one Robert Feder, the Sun–Times’ widely respected media reporter tweeted.

Although the iPhone 5 has a nice 8 MP camera, it cannot replace the professionalism of news photographers, who are also known for getting themselves into positions from where they can shoot great photos.

A photojournalist of Chicago Tribune published an opinion about the layoff, highlighting the advantage of the move — saving millions in the short term — and the disadvantages as well: by laying off its photo staff, the newspaper’s executives have taken the first step towards mediocrity.

Meanwhile, readers can only hope the journalists complete the mandatory “iPhoneography” training and emerge with great photo skills at their fingertips.