Following the arrest of Huawei’s chief financial officer, Meng Wanzhou, at the request of the US for alleged violations of sanctions against Iran in Vancouver earlier his month, a growing number of Chinese companies is now rallying behind the telecoms giant while encouraging their employees to boycott Apple, the Nikkei Asian Review is reporting. 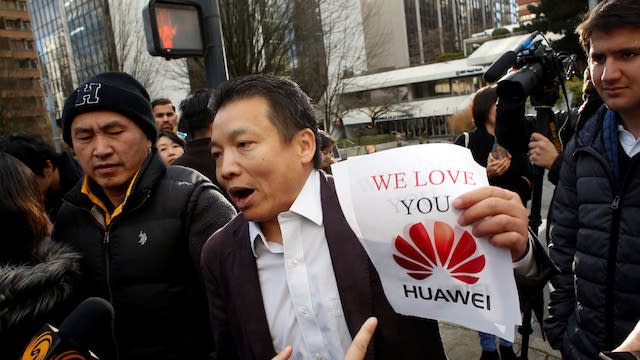 The report notes that some Chinese firms are even offering their employees subsidies of 10% to 20% of the purchase price if they buy Huawei devices to aid the company.

Nearly two dozen Chinese companies have also taken to the social media to announce they will increase purchases of other Huawei products. A government official has said that several hundred businesses were conducting such programs nationwide.

At the same time as trying to support Huawei, some firms are also attempting to boycott Apple products.

A machinery maker in Shenzhen, where Huawei is based, threatened to confiscate Apple devices from employees and fire those who did not comply. Menpad, a Shenzhen-based tech company, said it would punish employees who buy Apple products. Finally, Shenzhen Yidaheng Technology said it would fine staffers who bought iPhones the equivalent amount of their device, while other companies threaten to withhold bonuses.

A Shanghai-based business association has reportedly even threatened to expel its employees if they bought Apple products.