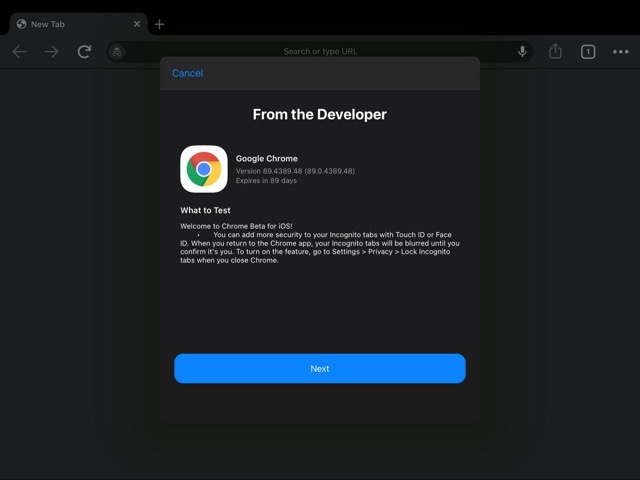 Google is said to be testing a way to lock Incognito tabs in its Chrome browser for iOS with Face ID or Touch ID.

According to 9to5Google, Chrome will let you “Lock Incognito tabs” so that they will be blurred in the tab switcher “until you confirm it’s you.”

This feature is not yet available for all beta users. There appears to be a server-side component, while the public launch of Chrome 89 is expected next month — assuming Google’s iOS update situation gets resolved by then. Once live, it will be controllable in Settings > Privacy > Lock Incognito tabs when you close Chrome.

The ability to lock Chrome’s Incognito tabs is similar to a feature in the main Google Search app that uses biometrics to “confirm it’s you when returning to an incognito session after 15 minutes.” Google says the feature will “add more security” as you multitask across apps.

The Roku Channel has shared its list of free movies and TV shows hitting the ad-powered streaming service in Canada for October 2022. Check out the full list below Movies The Death and Life of John F Donovan The Intruders Mama Rhymes for Young Ghouls Wolves The Woman In Black Alaskan Nets The Delinquent Season […]
Gary Ng
38 mins ago