CIBC has taken the crown in Canada when it comes to mobile banking, according to research firm Surviscor’s 2017 Mobile Banking scorCard Review.

Tangerine held last year’s top spot, but was dethroned by CIBC and dropped to fourth. Scotiabank remains in third for the fourth straight year, while National Bank—a previous winner—moved into second place. 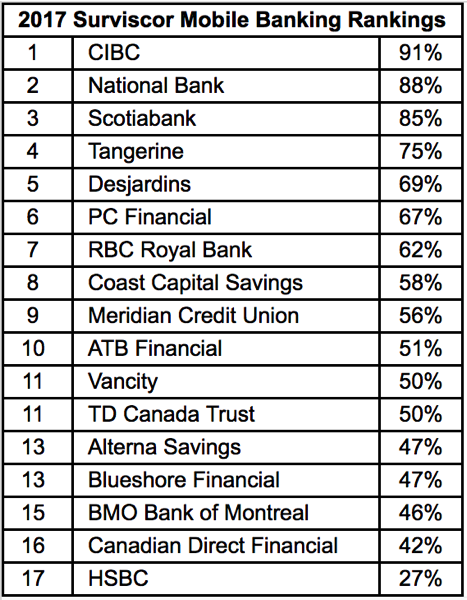 Glenn LaCoste, President of Surviscor Inc., said in a statement, “Mobile services have come a long way in the last year which was great to see. Mobile offerings are getting closer to an equal experience with the traditional online experience that is core to the mobile interaction.” He went on to add “We are excited to increase the amount of firms in this review to better serve Canadian choices. We are surprised to see some smaller firms in the top 10 and would like to congratulate CIBC for its win in this ultra-competitive industry.”

According to Surviscor, their “proprietary scorCard methodology measures over 2500 objective usage-related criteria questions over four main device families, reviewing each firm by 5 independent categories, each weighted according to industry importance through direct feedback with industry firms,” as seen below: 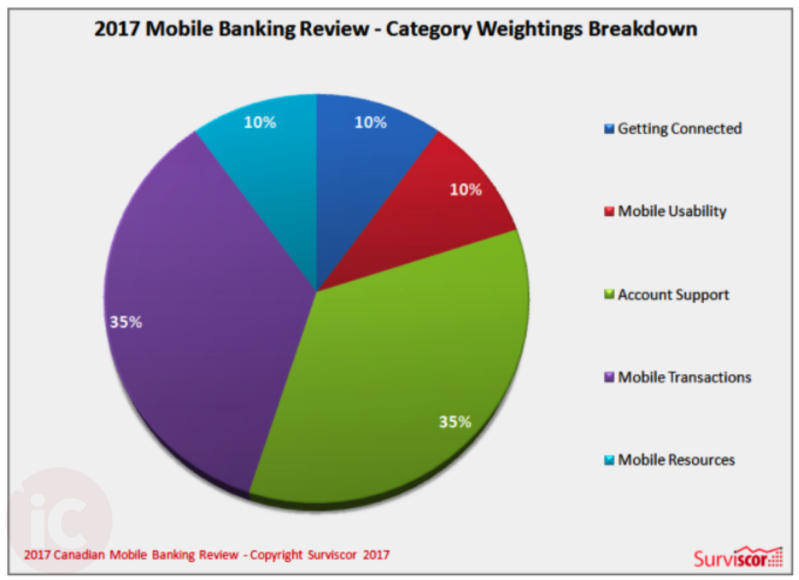 Surviscor tells us iOS devices took 60% of the breakdown of mobile devices in their device weightings. 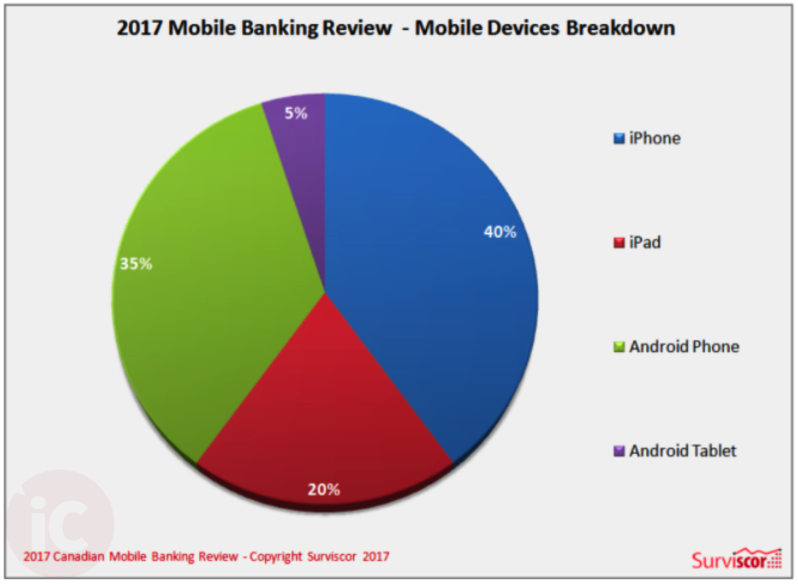 The following top seven sub-categories accounted for 56 points towards a final score of 100:

CIBC gained the top spot again for the first time since 2011, while Tangerine fell to fourth after its first place finish in 2015. The best new entrant was Desjardins, while BMO, Vancity and TD Canada Trust fell the most due to new entrants. The best credit union was Coast Capital Savings.

What bank do you think offers the best mobile experience?