Yesterday, a video published on YouTube gave us a quick look at the performance of an M1 MacBook running Steam games and Windows 10 via Parallels, and today, a new video has been uploaded by Created Labs in which an M1 Mac is put through Cinebench testing while running Windows 10. 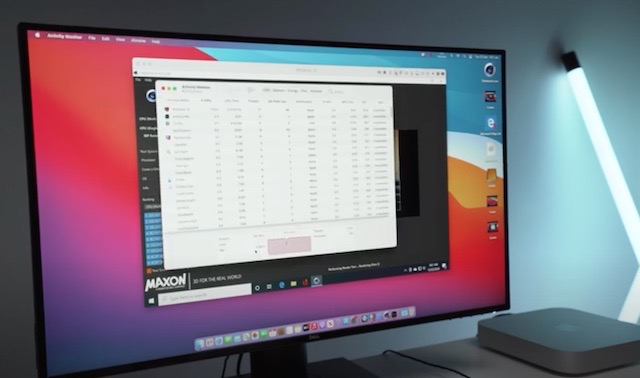 The new video shows an M1 Mac running Windows 10 via Parallels 16 while its RAM and CPU performance is benchmarked using Cinebench.

While they were able to get Cinebench running on the M1 Mac, they were not able to achieve high scores “due to lack of optimization and support in both Parallels, Windows 10 ARM, and Cinebench itself.”

“In this video I put Windows 10 ARM through some Cinebench testing. I am using Build 21277 which technically should support x64 emulation of Windows x64 apps, however, I’ve found the results to be mixed at best.”

Check out the video embedded below and tell us what you think in the comments section.