Circa, a small Canadian startup that offers short news stories optimized for mobile with several key points via an iOS app, has today updated its app to allow for a more customized experience. 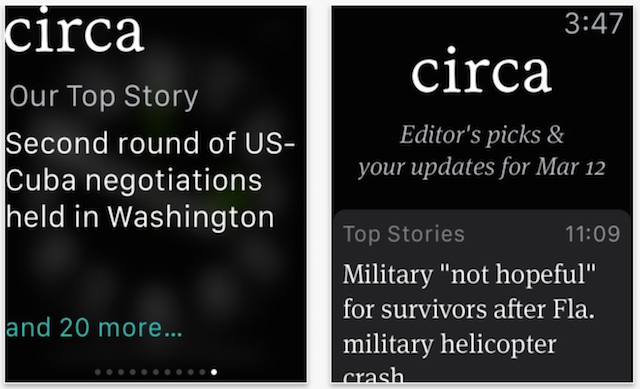 In addition to the Apple Watch support–which debuted back in late April–Circa has also introduced a new design for the iOS app’s Front Page in order to improve readability. Users can now also choose whether they want the Front Page to include large pictures or small thumbnails. A number of bugs has also been fixed in today’s update.

You can grab the free update at the following link:

Wedbush Securities analyst and regular Apple bull Daniel Ives said in a recent note to clients that the iPhone maker's upcoming earnings report for its fiscal first quarter of 2023, scheduled for Thursday, February 2, will be the "most important earnings" for the tech market (via Apple 3.0). "After a horror show year in 2022...
Nehal Malik
58 mins ago