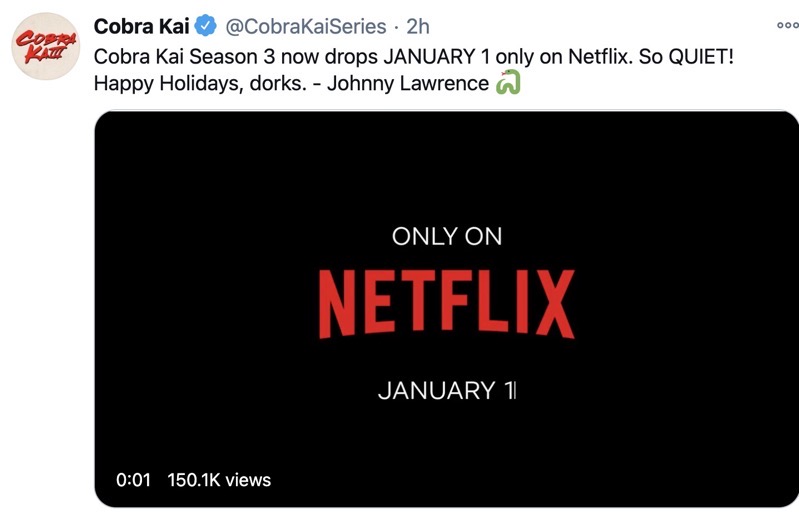 The newly revised date means season three of Cobra Kai is going to be available one week earlier than expected, with the entire season to become ready for streaming on New Year’s Day.

The announcement was made on Twitter this morning by Johnny Lawrence. Check the video out above. Netflix has already renewed Cobra Kai for a fourth season.