This Cockatiel Sings an iPhone Ringtone When It Gets Upset [VIDEO]

Lucky the cockatiel is a bird that can sing an iPhone ringtone ‘Opening’ pretty well, but only does so when he gets upset, such as when his owner is about to leave the house. 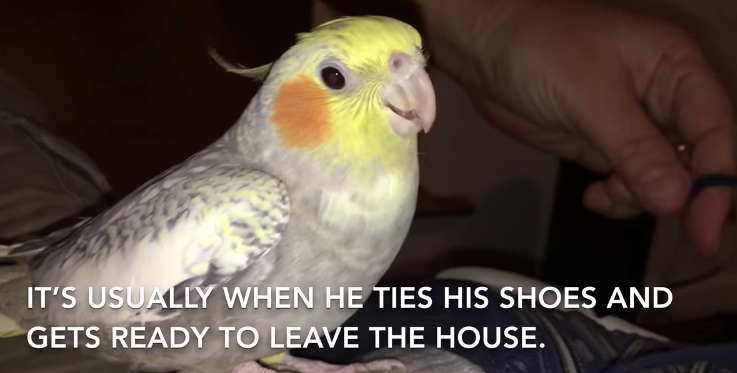 A video of Lucky singing his iPhone ringtone was of course posted on Reddit. Check it out below:

Today, another video was posted of Lucky, with his reaction after seeing his own viral video. Check it out below: