Update 1: Looks like the Mac Observer’s calculations were off. Here’s what the comparison should really look like, thanks to @i0livier:

With official numbers, we get this. Pretty similar but Pentagon r=240m >Â 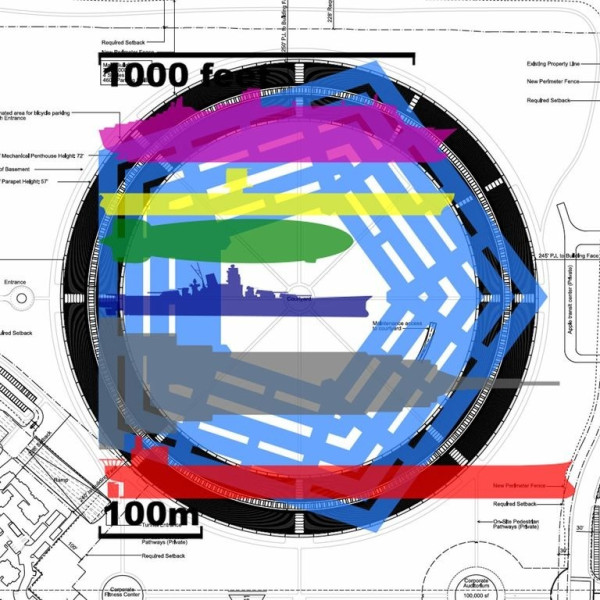 The Mac Observer puts the size of the proposed new Apple Campus in Cupertino into perspective:

Given that comforting sanity check, I measured the diameter of the Apple spaceship as 1615 ft, plus or minus a few ft., depending on where one places the ruler. Thatâ€™s a radius of 807.5 ft.

So, if one could magically fly the future Apple spaceship to Arlington, VA and hover over the Pentagon, it would just slightly cover it.

Hereâ€™s a rough overlay* showing the Apple HQ, the Pentagon, and top to bottom: a cruise ship, a U.S. nuclear aircraft carrier, what looks like a U.S. Navy Blimp, a WWII battleship, the Empire State Building and a supertanker. 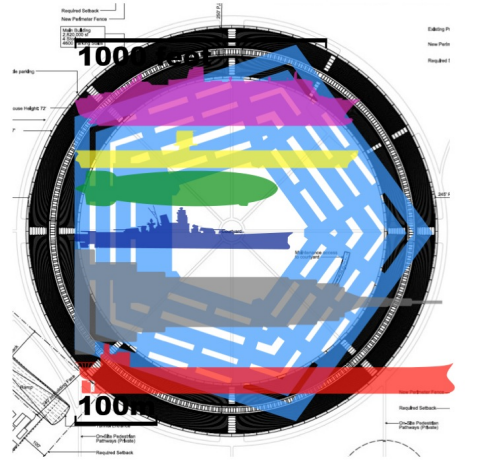 According to the official floor plans released by Cupertino City Council, we get the following dimensions: 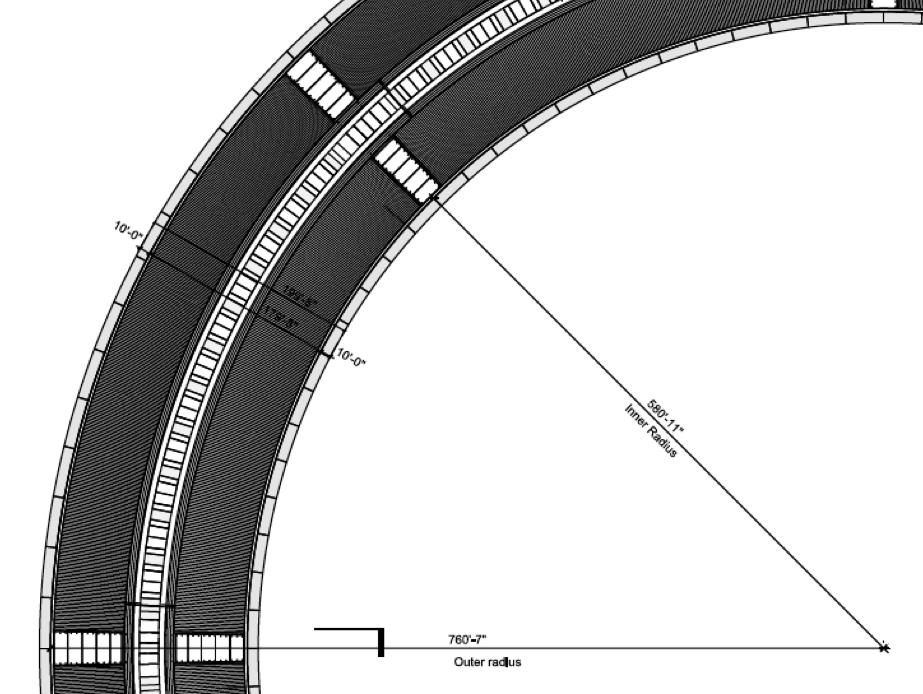 So, according to my loose math walking around the outside of the ‘spaceship’ is roughly 1.45 kilometres, and around the inside it’s going to be 1.11 kilometres. Now that would be one awesome workout doing a couple laps around the office. I bet they’ll have Segways or golf carts on hand. 😉