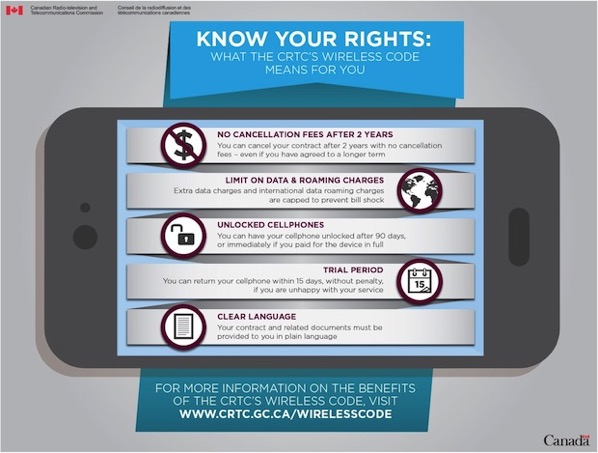 As the telecom regulator kicks off the public hearing on the Wireless Code review, PIAC, the Public Interest Advocacy Centre, a non-profit organization protecting consumer right is urging the CRTC to include measures that protect wireless subscribers from data bill shock.

PIAC Canada expressed its position on the matter on Twitter in a series of tweets that urge the telecom regulator to include new rules in the Wireless Code to benefit consumers. Jean-Pierre Blais, chairman of the CRTC, said that it’s hard to overstate the importance of wireless services to Canadians. PIAC went further, saying that data is now a key contract term under a wireless subscription, not just an option or add-on.

Coalition contends data is now a key contract term under a wireless subscription, not just an option or add-on. #WirelessCode #CRTC

That’s why it strongly recommends that the regulator maintain the $50 and $100 data overage suspense caps, which apply to all wireless data subscriptions, the consumer group said on Twitter. PIAC speaks as the representative of a coalition formed by the Consumers Association of Canada, the National Pensioners, COSCO and the consumer group itself.

While admitting the benefits of the new Wireless Code, as it makes switching carriers easier than before, the coalition urges the CRTC to “explore ways wireless data usage can be independently and accurately measured.”

Coalition suggests the #CRTC adds systemic enforcement of the #Wireless Code, along with, in appropriate cases, meaningful sanctions.

In a series of tweets pushed out through the official PIAC Twitter account, the coalition has the following suggestions for the CRTC:
– to prohibit re-stocking feeds but, if allowed, to set a maximum fee of $10;
– not to allow companies to include the cost of inducements in the early cancellation fee;
– to add systemic enforcement of the Wireless Code, along with in appropriate cases, meaningful sanctions.

Do you agree with PIAC? What other measures would you suggest?