Are all monopolies bad? Apple CEO Tim Cook doesn’t seem to think that’s the case, as evidenced by comments made in a recent interview. 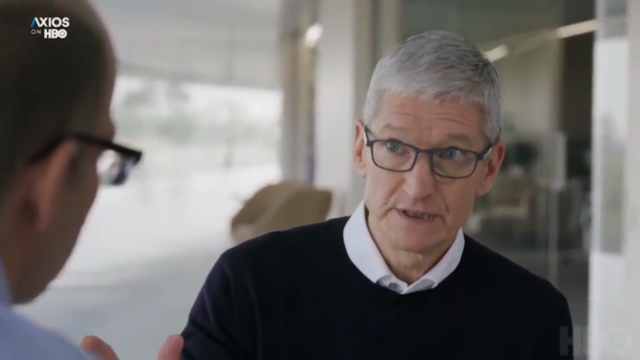 In a new interview with Nikkei Asian Review, Cook touched on a range of familiar topics like privacy, manufacturing, and health.

When talking about antitrust and the fact that regulators are taking a stronger stance against big tech as a whole, however, Cook pushed back, saying that it is the responsibility of the company to not abuse its power. Apple, Cook stresses, sets itself apart from many of the companies under scrutiny because of its commitment to user privacy.

“A monopoly by itself isn’t bad if it’s not abused,” explained Cook. “The question for those companies is, do they abuse it? And that is for regulators to decide, not for me to decide…it’s very important to realize that tech itself and these large tech companies are not monolithic…you’re not our product, that’s very clear in our minds. We don’t believe in trafficking your data.”

Cook went on to insist that Apple is not a monopoly, a notion he’s repeated for the large part of his tenure as CEO, despite the Cupertino company having weathered numerous complaints of anti-competitive behavior from companies that compete with its services.

Apple’s App Store has been the subject of inquiries in countries around the world over whether it’s a monopoly. Critics say that the App Store is fully controlled by Apple and only accessible on the company’s platforms. Most importantly, in order to generate revenue off Apple’s App Store, developers, some of which are Apple competitors, need to share the revenue with the tech giant.

Spotify became the most recent example of one of these companies by filing a legal complaint with the European Commission in March.

Cook’s point clearly shows that there’s at least some precedent for believing that not all monopolies are bad, even if there’s a sense among some people that they are. Needless to say, Apple’s monopoly problems aren’t going away anytime soon. And Tim Cook’s comments might not help to address that.

Apple reportedly wants an easy way for people to build augmented reality apps, that might even be assisted by the company’s Siri voice assistant, reports The Information. Unnamed sources say Apple plans to let Siri build an AR app when asked through its upcoming mixed-reality headset. These apps would then be able to submit to […]
Gary Ng
49 mins ago