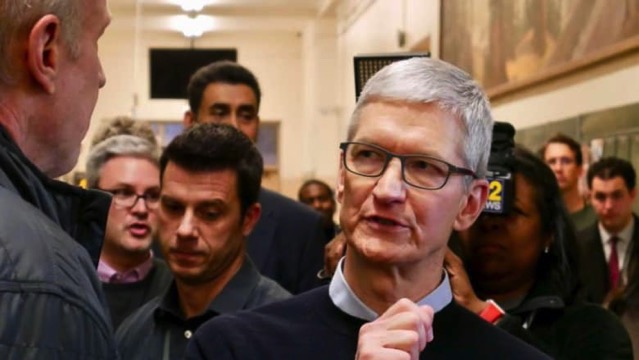 In a brief talk with The Sydney Morning Herald’s Peter Wells at a recent Apple event in Chicago, Tim Cook said that mobile devices and desktop computers should remain in separate worlds, adding that users don’t want to see iOS and macOS merge.

Cook also revealed that he generally uses a Mac at work, but when he’s at home or travelling, he prefers to use the iPad. “But I use everything and I love everything”, Cook continued. When asked about the divide between the Mac and iOS, Cook gave the following response:

“We don’t believe in sort of watering down one for the other. Both [The Mac and iPad] are incredible. One of the reasons that both of them are incredible is because we pushed them to do what they do well. And if you begin to merge the two … you begin to make trade offs and compromises.

So maybe the company would be more efficient at the end of the day. But that’s not what it’s about. You know it’s about giving people things that they can then use to help them change the world or express their passion or express their creativity. So this merger thing that some folks are fixated on, I don’t think that’s what users want.”

Apple CEO’s comments come as a bit of a surprise considering recent claims from well-connected Apple analyst Mark Gurman of Bloomberg, who wrote that Apple is working on a project called “Marzipan”, which involves merging the codebase of macOS and iOS apps.

Of course Gurman’s report could still turn out to be accurate, and if that happens, it would open up Mac app development to thousands of iOS developers.