Still considering a new Apple TV? Costco.ca now carries the latest media streaming device, which is probably the cheapest price you can find for the unit, as they are $5-9 cheaper than buying from Apple.

The entry 32GB model below is $4.01 cheaper versus Apple.ca, while the 64GB is available for $259.99, a discount of $9.01. Apple rarely discounts their products, unless you’re willing to wait a year or two for items to hit the online refurbished store. 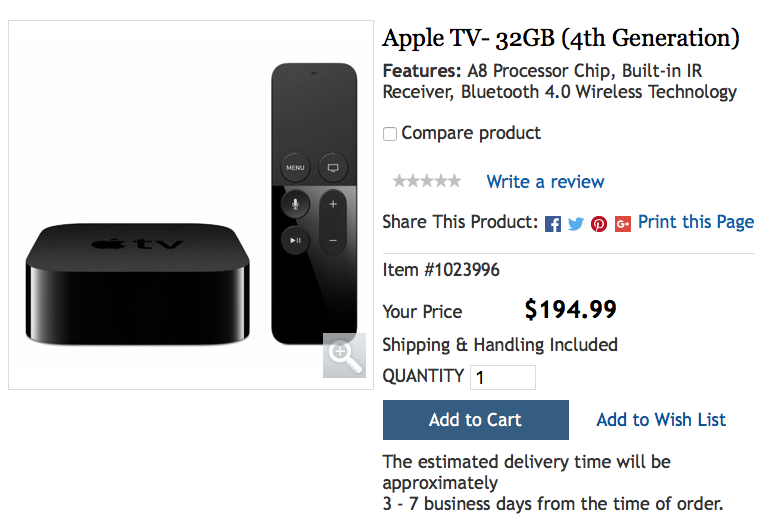 We’ve been using the new Apple TV sparingly since its launch, and so far the new remote has been really nice, but the App Store needs more apps. We’ve done some casual gaming (which required levels to be painstakingly downloaded) which was fun on the big screen, but one of our favourite features is the ability to connect Bluetooth headphones to watch movies and Netflix in silence without disturbing others.

Reasons for buying from Costco? A generous 90 day return policy (plus the minor discount), if you decide the new Apple TV doesn’t change your life versus the Apple TV 3. Let us know if you’re going to jump on this.