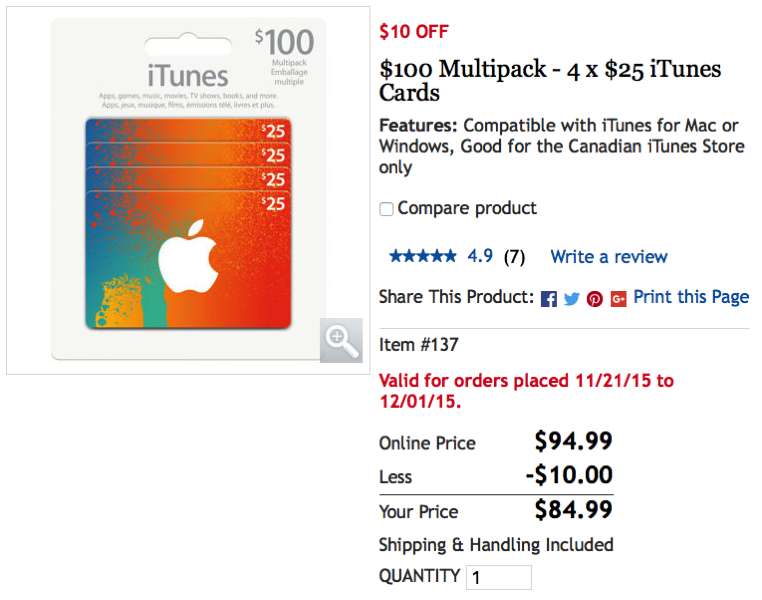 These cards are used to fund your Canadian iTunes Account balance, which means you get to save on any digital purchase from Apple. That also includes subscriptions and in-app purchases, so that would equate to 20% off Apple Music, iCloud storage, Netflix sign ups via the iOS app, gems within Clash of Clans and more.

If you’ve been waiting to purchase new music albums like Adele’s 25, you can save 20% off. The same goes for iOS apps, Mac apps, TV shows, movies and more. The last time we saw a similar 20% off sale at Costco was back in late August.

Since these are in $25 denominations, they’ll make great stocking stuffers. Let us know if you’re going to jump on this!