Some cases hide the look of your brand new iPhone 6, but these ones from Mobile Concepts replicate the colour and rear antenna bands from Apple’s latest smartphone, available from Costco online.

The cases are available in gold, silver and space gray for $14.49 which includes shipping. The best part is if you don’t like these cases, you can return them to Costco for no questions asked. 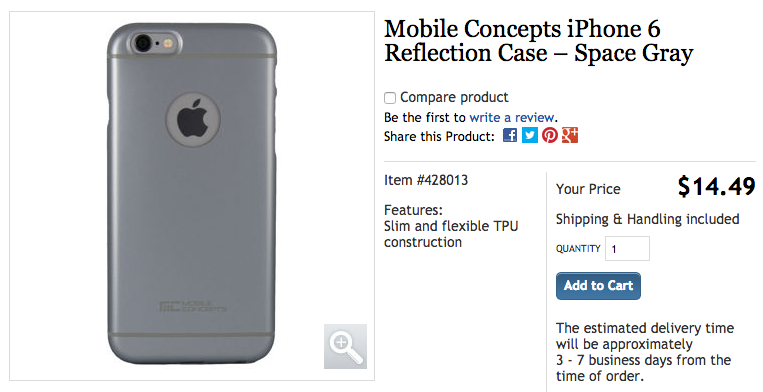 If you have the new iPhone 6, do you really want to cover it up with a bulky case and completely change the look and sleek design of this great phone? You want people to immediately notice it, and which color your chose, right? Then get the Reflection case – It’s the iPhone case that makes your iPhone look like an iPhone! A sleek protective case that mimics the original look and color of the iPhone 6, adding little bulk.

Sometimes buying an iPhone case can be hit or miss. The best part here is if you’re not satisfied you have nothing to lose. The only thing is the delivery time, which is expected at 3-7 business days from the time of your order.