According to CBC News report, Councillor Joe Magliocca has said that Calgary city council will consider Uber’s objections when it debates a draft bylaw today, and that it won’t copy Edmonton’s approach to regulating ride-hailing companies. “We’re leaders; we’re not followers,” Magliocca said prior to the council meeting. “This is Calgary”. 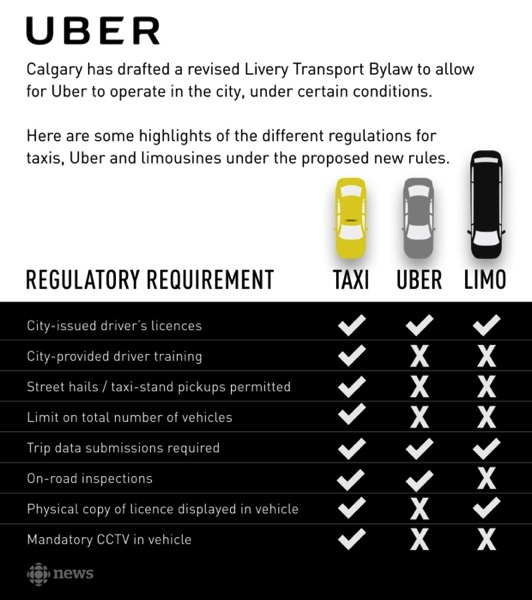 Last week, Uber’s general manager for Alberta Ramit Kar said that company can’t operate under the bylaw as written, and suggested Calgary adopt rules more similar to those approved by Edmonton last month. He added that Calgary’s proposed $220 in annual licensing fees and stringent background checks are “unworkable” for its drivers. In response, Magliocca today said that council will tweak the bylaw to some extent, though Calgary would not entirely re-write it in order to accommodate all of Uber’s wishes.

“They’re a $60-billion company. They can think outside the box,” he said. “They’ll work around it. They’re entrepreneurs. A good entrepreneur can figure things out to get around it.”

The city council will be debating a draft bylaw today aimed at allowing ride-hailing services like Uber to operate side-by-side with taxis, under certain conditions.