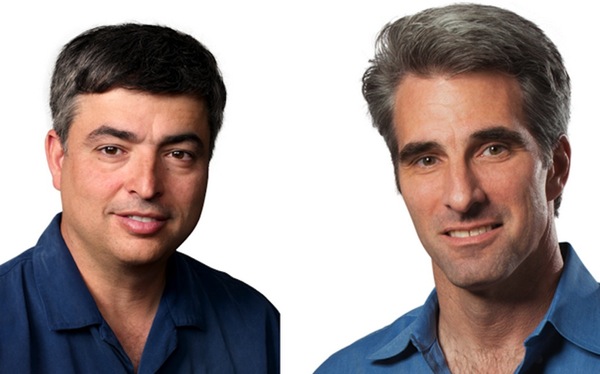 Kara Swisher and Walt Mossberg from Re/code will have Apple executives Craig Federighi and Eddy Cue highlight the second night of the first annual Code Conference (formerly the “D” Conference):

They will headline our second night at the event in late May.

Federighi is Apple’s SVP of Software Engineering, in charge of iOS and OS X (click here to read his email to us last year); Cue is SVP of Internet Software and Services, covering the company’s digital store offerings, along with Siri, Maps, iAd and iCloud.

Both men will most likely share selective tidbits about what people can expect from Apple and probably tease and build up anticipation for WWDC 2014, set to take place June 2.

After opening the 10th and 11th annual D Conferences, CEO Tim Cook is not part of this year’s Code Conference. Cook isn’t a man to jump into the limelight often, so this is not a surprise. However, Swisher says there is one major speaker to announce tomorrow—so we’re holding out that it might be Cook still (chances are very slim we’d say).

The late Steve Jobs has previously made numerous appearances at D conferences from 2003 to 2010, and these can be found archived on iTunes, available for free.