End of an Era: Cydia Store for Jailbroken iOS Devices Shuts Down

Jailbreaking an iOS device in 2018 isn’t as popular as it used to be. Now, in a post on Reddit (via 9to5Mac), the found of Cydia, “Saurik”, also known as Californian resident Jay Freeman, has announced the shut down of the Cydia Store:

The reality is that I wanted to just shut down the Cydia Store entirely before the end of the year, and was considering moving the timetable up after receiving the report (to this weekend); this service loses me money and is not something I have any passion to maintain: it was a critical component of a healthy ecosystem, and for a while it helped fund a small staff of people to maintain the ecosystem, but it came at great cost to my sanity and led lots of people to irrationally hate me due to what amounted to a purposeful misunderstanding of how profit vs. revenue works. (That said, shutting this down doesn’t actually mitigate the majority of my costs right now, which involve many terabytes of bandwidth per month continuing to be spent on hosting the archived repositories I took on as my responsibility; I am thankfully currently making enough money from my new job to cover these costs.) 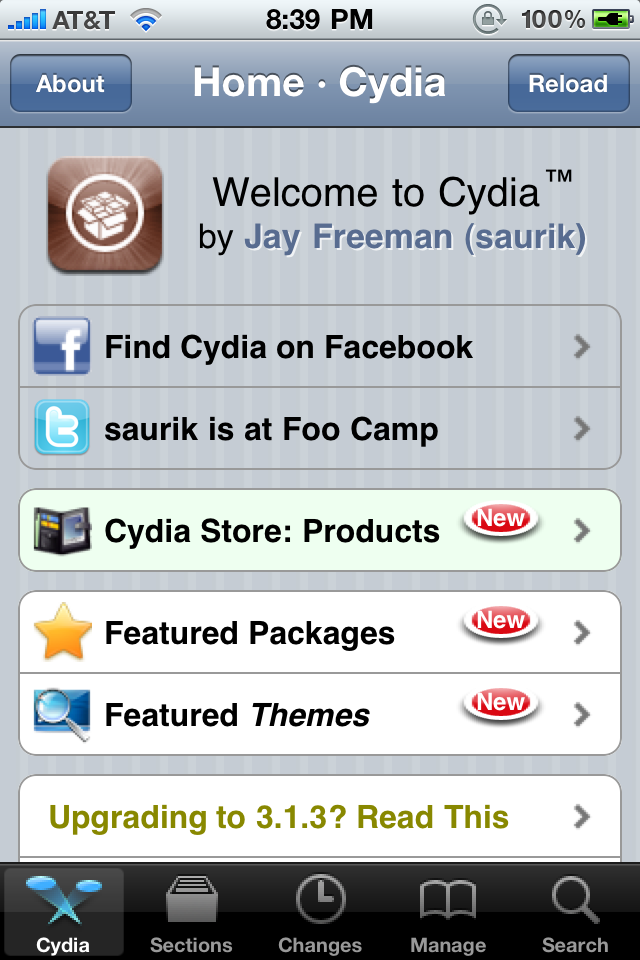 As Saurik writes, the store was no longer profitable as he had to pay for bandwidth. He had planned to shut down the store later this month, but did so earlier after a bug was found, to possibly put user data at risk. The Cydia Store started in 2008, before Apple released the App Store.

As for those with existing purchases from the Cydia Store? Freeman writes you’ll still be able to download them, saying:

I am intending to maintain the ability to download existing packages: the accounting and backend execution burden of this is much lower than continuing to allow purchases and removing the payment code means I don’t have to worry that I messed up anything else in the payment backend, security-wise.

The Cydia Store allowed jailbroken iOS devices download and purchase tweaks to customize iOS. Over the years, Apple has allowed further customization of iOS, defeating the purpose of jailbreaking altogether (some may say the iPhone maker ‘borrowed’ some ideas).

For those wondering, Freeman writes his “primary iPhone is a jailbroken iPhone 7 Plus.”

[caption id="attachment_389637" align="aligncenter" width="1024"] Image: OpenAI[/caption] ChatGPT creator OpenAI today announced the launch of a new "classifier" designed to detect machine-written text. "We’ve trained a classifier to distinguish between text written by a human and text written by AIs from a variety of providers," the company said. While the company's AI-powered chatbot has taken the...
Nehal Malik
48 mins ago