The folks over at YouTube channel PhoneBuff have shared a new battery test video comparing the Dark Mode with the Light Mode to see how much battery life you can save by using the new Dark Mode introduced by Apple in iOS 13. 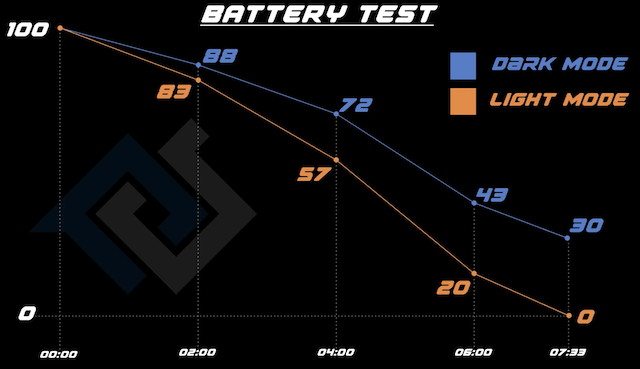 The test, which was performed using robotic arms to perform various tasks in iOS 13 while in Light Mode and Dark Mode, found that using Dark Mode in iPhones with OLED displays can improve battery life by up to 30%.

“We conducted this test using iPhone XS Max running on iOS 13, but the results should relatively similar on other phones using OLED displays with Dark Mode enabled.”

Watch the video embedded below and share your thoughts with us in the comments section.