David Pogue Shares a Sneak Preview of the Apple HomePod

American technology writer and TV science presenter David Pogue, who recently got invited by Apple for a 45-minute one-on-one listening session of the HomePod in a Manhattan corporate apartment, has shared his initial thoughts about the smart speaker saying that the company’s first smart speaker is more about “speaker” than “smart”. 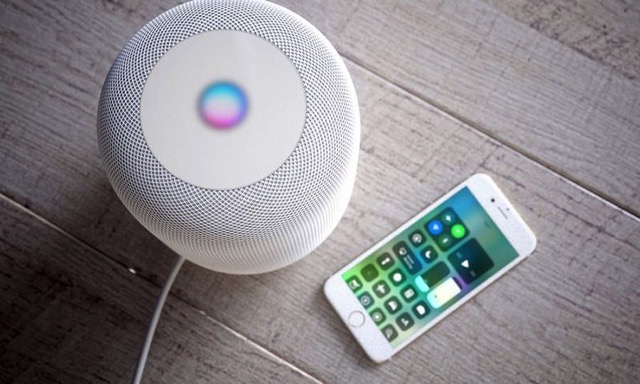 Pogue says the rules of Apple’s demo were “listen, don’t touch, and listen, don’t take pictures”. Apple lined up the Google Home Max, Sonos One, Amazon Echo, and the HomePod for the demo, with each device being volume-matched and rigged to an A/B/C/D switch, so a single song can hop from one to the other. “Apple even installed a halo backlight behind each speaker that illuminated to show you which one was playing”.

The HomePod sounded the best. Its bass, in particular, was amazing: full and deep, but also distinct and never muddy — you could hear the actual pitch of the bass notes, not just the thud. That, unsurprisingly, is where other small speakers have trouble.

The Amazon Echo is a much smaller, slimmer device, one-third the price, so it’s forgiven for sounding thin compared with the HomePod. The Sonos One came awfully close to the HomePod’s rich sound; you’d really have to hear the A/B test to declare a difference. The real shock was the Google Home Max, a massive, 12-pound machine that’s supposed to be all about the sound; it sounded like cardboard compared with the HomePod and Sonos.

If Apple wanted to win in sound quality, Pogue says it has succeeded. However, it’s no way near as smart as any of its competitors, which is why it is currently an attractive option only for Apple Music subscribers.