Earlier this week, we reported that multi-sport platform DAZN commonly referred to as the ‘Netflix of Sports’ will soon be launching in Canada and today, the live sports streaming service has debuted with Exclusive NFL Game Pass and NFL Redzone Rights in Canada. DAZN will now be the only place Canadians can access NFL Game Pass, which includes every live NFL game of the 2017 season – pre-season, regular season, the playoffs and the Super Bowl. 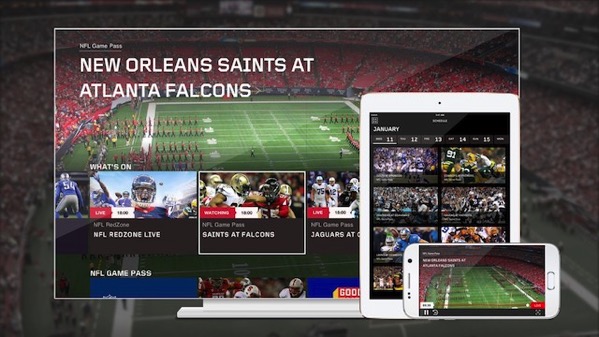 As the new home of NFL Game Pass, which includes all Sunday games previously offered in NFL Sunday Ticket, and NFL RedZone, DAZN will have both live and on-demand NFL coverage with no blackouts, meaning fans will never have to miss another epic touchdown, field goal or interception.

“We know that Canada is home to many NFL fans and we’re excited to transform the way they experience the NFL and other live sports”, said James Rushton, CEO of DAZN. “After successfully launching in four countries around the world, we are thrilled to bring DAZN to Canada where fans are so passionate and sport is a way of life. DAZN is designed to put fans first, so we’re confident fans will enjoy our product and proposition.”

Available on a wide range of connected devices, including Smart TVs, tablets, smartphones and games consoles, fans can watch DAZN year-round at home or on-the-go, by subscribing for $20 a month or annually for a limited introductory price of $150. In addition, all subscribers will get 30 days free (via RedFlagDeals).

Along with all other NFL live game and non-game content within NFL Game Pass, DAZN will also provide access to other popular sports from top leagues and competitions around the world. For more information, click here.