JuneCloud to Release Deliveries 9 for iOS, macOS on Sept. 30

The latest version of the popular packaging tracking app Deliveries 9 is set to hit iOS and Mac App Stores this Wednesday, September 30. Available for iPhone, iPad, Apple Watch, and Mac, the updated app will introduce a new subscription-based model. 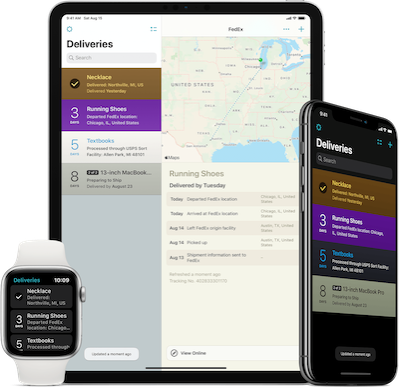 According to JuneCloud, Deliveries 9 subscriptions will be available for $0.99 USD per month, or $4.99 USD per year.

“A paid subscription unlocks all the features of Deliveries for iPhone, iPad, Apple Watch, and Mac. You’ll need a subscription to start using the app, but if you let your subscription expire, you’ll still be able to look up your past deliveries, and export or share your data.”

JuneCloud says users will continue to have access to most features of the app even after their complimentary subscription ends. To add new deliveries, however, you will require an active subscription.

You can read the Deliveries 9.0 release notes at this link.