Dell had updated its Mobile Connect iOS app with seamless integration between iPhones and Dell PCs. 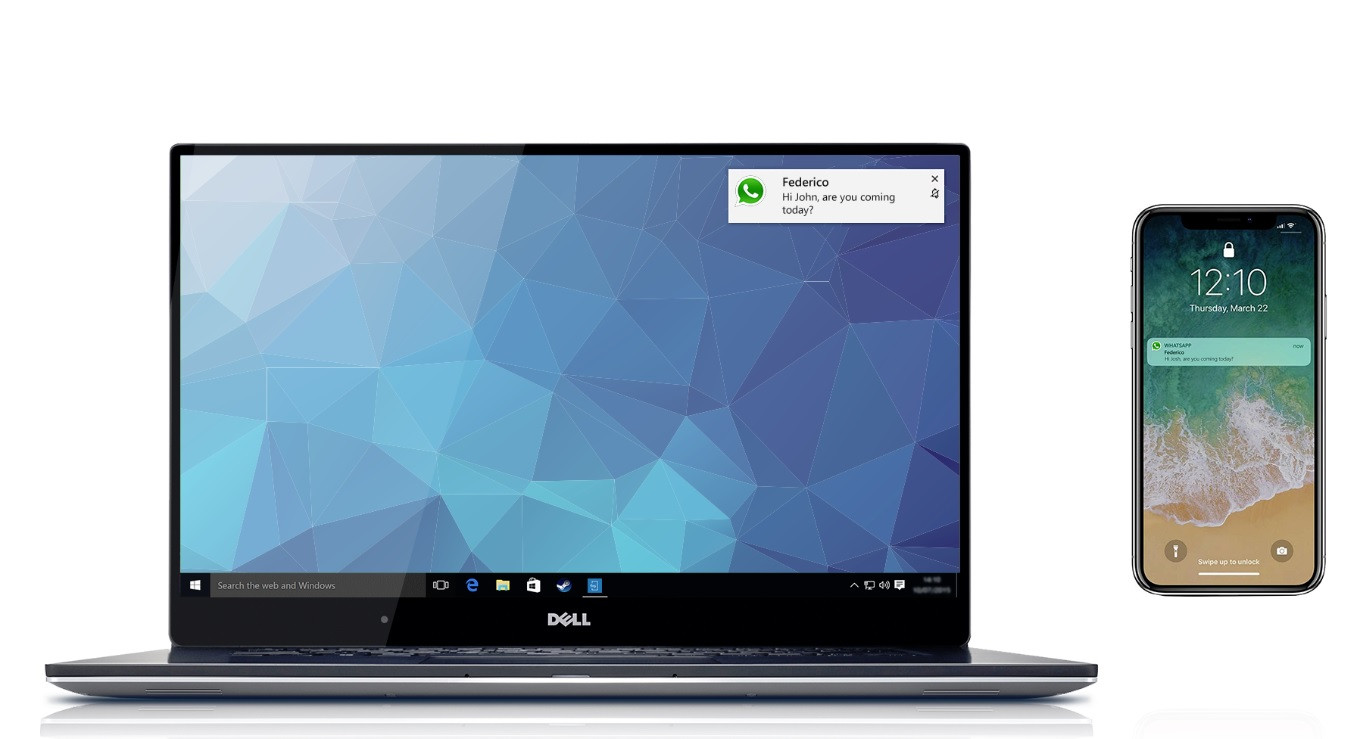 Today, Dell announced it has updated its Dell Mobile Connect app for Windows to support iOS. With the update, the app will now let iPhone owners wirelessly transfer photo and video files between a Windows PC and iPhone, but also wirelessly mirror the phone to the computer as well.

Basically, modern Dell PC users can now mirror their iPhone’s screen to their PC and control it using the app. The app allows users to control their phone using their PC keyboard and mouse as well as drag and drop photos and videos between the two devices. Users can also send SMS messages without having to keep the iPhone app open in the foreground.

These new features are in addition to existing functionality that includes desktop notifications about incoming phone calls, texts, and instant messages on your iPhone. All of this is accomplished using a secure wireless connection between your PC and your iPhone.

The features, which were first announced at CES earlier this year, bring the app’s iPhone functionality more into line with what it already offers on Android, where it has supported these features for a couple of years now.

As far as device support goes, the Dell PCs need to be 2018 or newer, and they must have Bluetooth. Dell’s range of computers that support version 3.0 of the Dell Mobile Connect app are the Inspiron, XPS, G Series, and Vostro. The Alienware lineup is also supported.

Apps like Dell Mobile Connect are handy because they let you interact with your phone, including conducting calls and sending text messages, without having to constantly switch between your computer and your phone.

Apple has removed the vocals from its "Big and Bigger" advertisement for the iPhone 14 and iPhone 14 Plus (via Reddit). While Apple hasn't said what caused the move, it was likely a result of people mishearing lyrics in Idris Elba's Biggest, the song the spot is set to. In the post-chorus of the song...
Nehal Malik
22 mins ago