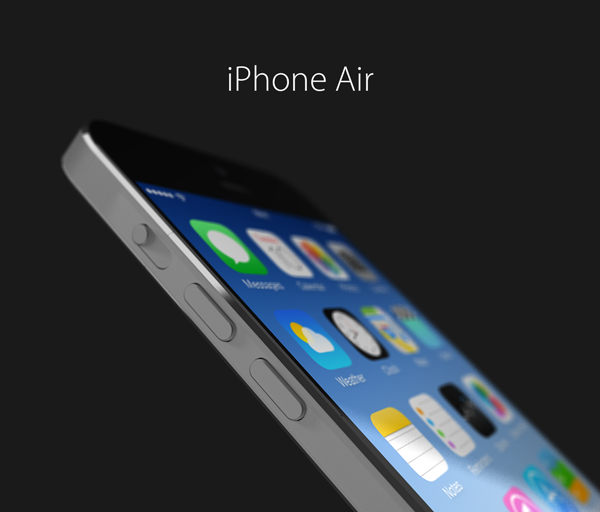 Designer Sam Beckett has released a new concept video demonstrating what an iPhone Air might look like. His concept depicts the 2014 model of Apple’s flagship smartphone as having a 4.7-inch 1080p display with 468 pixels-per-inch, an upgraded 10-megapixel camera, all in a 9 percent thinner enclosure, coming in at 7mm.

Apple is reportedly designing the Healthbook app with the iWatch in mind, saying that both will heavily rely on each other for health and fitness tracking. The iWatch and next-generation iPhone will probably also be very tightly integrated to provide fitness and health data.

Sam Beckett has done many Apple concepts before, including the iOS 8 interactive notifications concept and split screen multitasking concept.