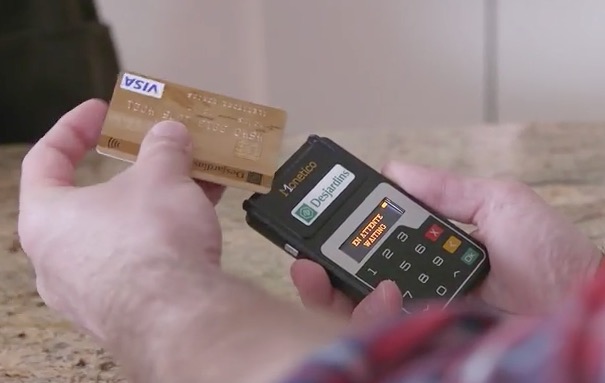 Merchants download an app to their iPhone or iPad, which allows them to accept credit card payments with the company’s accompanied Monetico Mobile device, which connects via Bluetooth to your device and charges a flat 2.5% fee on purchases.

André Chatelain, Managing Vice-President and General Manager, Card and Payment Services said in a statement “We’re confident that these solutions will help them build customer loyalty and even increase their customer base.”

As you can see below, Desjardins members get a discount on Monetico Mobile, with the premium solution accepting American Express and JCB, in addition to Visa and MasterCard the entry solution allows.

Interesting to note, is Desjardins proudly notes the premium Monetico Mobile+ unit will accept Apple Pay as well. You can take this as a hint Apple’s mobile payment solution is coming if you really want to (a similar mobile payment provider source told us October could see Apple Pay, but who knows), or not (Desjardins and Monetico Mobile+ and Apple Pay was reported last month): 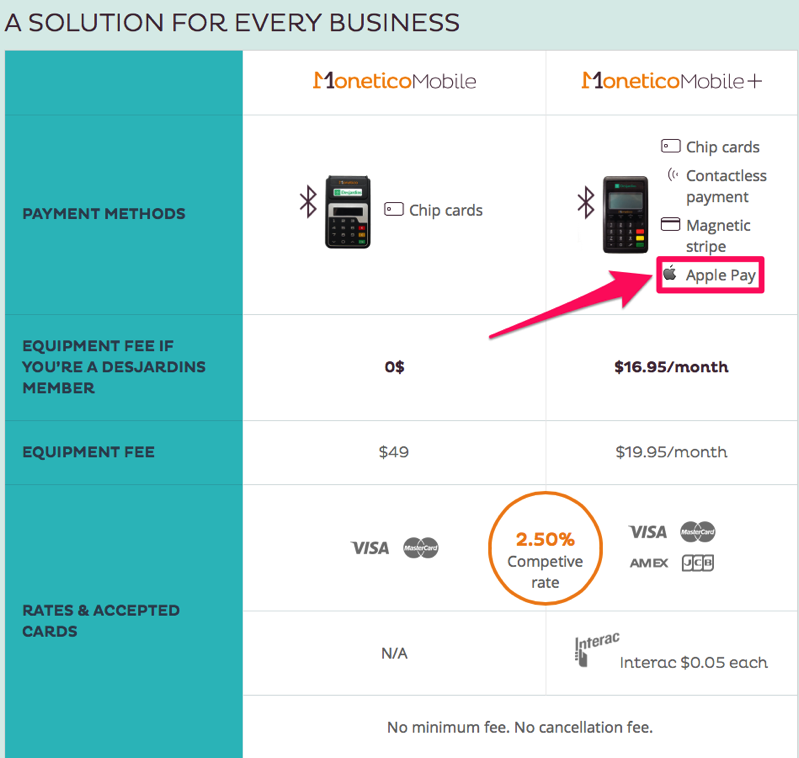 What do you think? Is this a sign Apple Pay is imminent for Canada? China appears to be the next country to support Apple Pay—cross your fingers and pray we’re next.