Back in 2016, security researcher Mathew Solnik and his team were able to extract and study the iPhone’s sensitive Secure Enclave Processor (SEP) software using what are now called “dev-fused” iPhones or pre-jailbroken devices, that are created exclusively for internal use at Apple, Motherboard has learned. 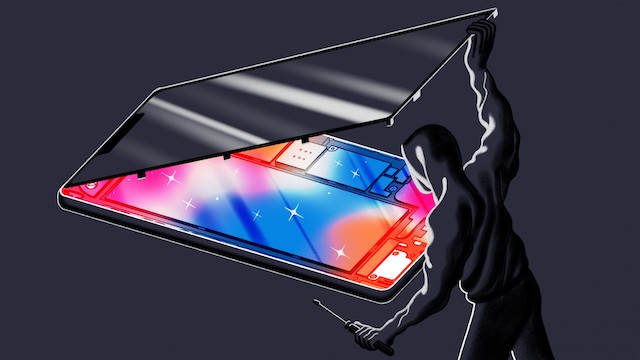 Dev-fused iPhones, which are sometimes called “prototypes” in the security research industry, are essentially phones that have not finished the production process or have been reverted to a development state. Since these iPhones have many security features disabled, they allow researchers to probe them much more easily than the retail devices.

The source spoke to dozens of sources, including security researchers, current and former Apple employees, in a months-long investigation which has revealed that these dev-fused iPhones not only helped Solnik’s team research Apple’s most sensitive code but have now become one of the most important tools for the best iOS hackers in the world:

Dev-fused iPhones that were never intended to escape Apple’s production pipeline have made their way to the gray market, where smugglers and middlemen sell them for thousands of dollars to hackers and security researchers. Using the information gleaned from probing a dev-fused device, researchers can sometimes parlay what they’ve learned into developing a hack for the normal iPhones hundreds of millions of people own.

Prototype iPhones are also used by some of the highest-profile companies that research and hack iOS to find valuable bugs that may later be exploited by governments and law enforcement agencies.

Meta is finally making digital collectibles available to everyone on Instagram in Canada, by enabling them to share and display their NFTs on the social media platform. Web3 technologies like blockchain and tokens like NFTs are an important aspect of the economic and community-building potential of the metaverse. Meta says enabling NFTs on its platforms...
Usman Qureshi
14 mins ago

In partnership with the Orange Shirt Society, Meta has announced the launch of a new AR effect on Instagram titled “Orange Shirt Day” to raise awareness about the impact of the residential school system. The effect, developed in collaboration with the National Centre for Truth and Reconciliation (NCTR), is inspired by the experience of residential school...
Usman Qureshi
38 mins ago

Apple has removed The OG App, an ad-free and suggestion-free Instagram client created by a startup called Unf1feed, from the App Store — reports TechCrunch. The iPhone maker explained in a statement to TechCrunch that The OG App was removed earlier this week for violating Instagram owner Meta's terms of use for the service, which in...
Nehal Malik
39 mins ago