It is always very exciting when there is new firmware available for the iPhone, especially when the release brings many new features and enhancements. The current iPhone firmware is 3.1.3, having just recently been updated, and users are now feverishly waiting for a 4.0 release.

As many may be aware, the Apple iPad, scheduled to be released near the end of April 2010, also runs iPhone OS, however the iPad version of iPhone OS is 3.2. While not much is known about what is new or different in firmware 3.2, the point is that the iPad will be running newer firmware than the iPhone.

Traditionally, iPhone and iPod Touch updates have been the same firmware, keeping the updating process very clean and simple for users. When iPhone gets firmware 3.0, iPod Touch gets firmware 3.0. With the iPad running a newer firmware than the iPhone, this brings up an interesting point, especially if users plan on purchasing an iPad, as one device will have a newer firmware than another which will likely enable features on one device that are not present on the other.

To shed some light on this, earlier this week a report by The Loop suggested that Apple will not consolidate the iPad and iPhone operating systems until Fall 2010.

With the expectation of a new iPhone this summer 2010, users are also expecting an accompanying OS 4.0 release. It was widely expected that Apple would use the release of a 4.0 firmware to unify the iPhone and iPad firmware, but that may not be the case until Fall 2010.

iPhone OS 4.0 will include lots of new features, just like you would expect to see from Apple. However, It doesnâ€™t make sense for Apple to unify the two operating systems for 4.0 with the timeline they are working with.

Rather, I expect Apple to release OS 4.1 in September or October. It will not only address issues with the 4.0 release, but also unify the operating systems. 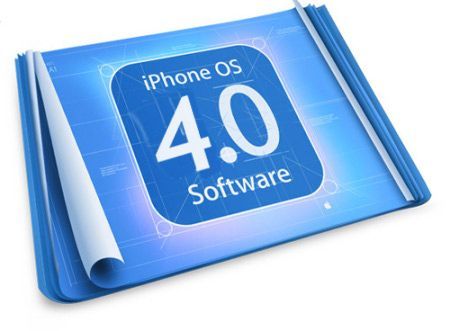 [caption id="attachment_389886" align="aligncenter" width="1200"] Image: LCG Auctions[/caption] A rare, factory-sealed original iPhone from 2007 in mint condition is up for bidding at New Orleans-based LCG Auctions' 2023 Winter Premier Auction, which will run through February 19 at LCGAuctions.com. According to LCG Auctions, the item could ultimately fetch more than $50,000 USD. The same auction house...
Nehal Malik
18 mins ago