Dimensions of Apple’s Upcoming iPhone 7s and 7s Plus Leaked 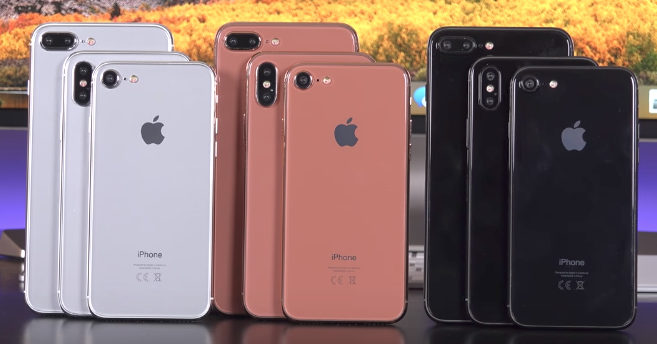 TechnoBuffalo has posted a full breakdown of the iPhone 7s and 7s Plus’ dimensions, citing a trusted a reliable source.

Here is a chart which shows the dimensions of Apple’s upcoming ‘s’ series smartphones compared to the current iPhone 7 and 7 Plus: 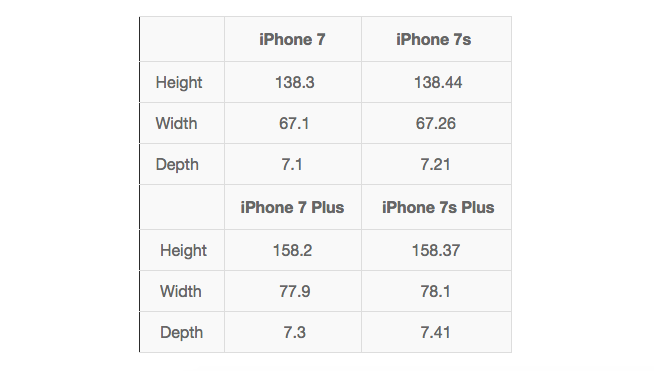 The difference in size will be barely noticeable to consumers, however, it is still an interesting difference to point out. One of the reasons for a slight increase in thickness could be for wireless charging capabilities.

Apple’s event to announce the new iPhones is reportedly scheduled for September 12, so we won’t have to wait too long to find out if the rumours are true.