Markham-based developers Big-O-Tree Games and their unreleased iOS and Android title, named Dirty Chinese Restaurant, has caused outrage on both sides of the border, with the game being called racist. 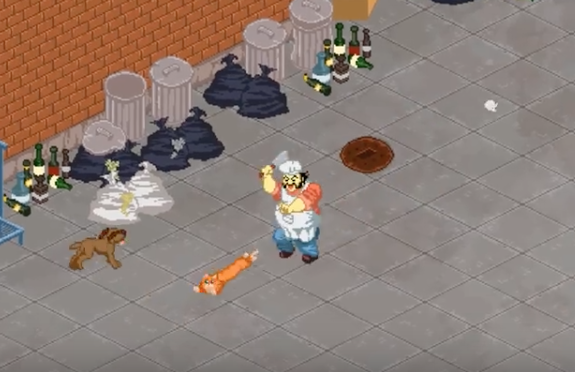 The premise of the game involves a character named Wong Fu who works in a Chinese restaurant and his goal is to keep the place running, similar to other games like Diner Dash. But Dirty Chinese Restaurant is full of stereotypes, as seen from two trailers released by the developers nearly a year ago.

Wong Fu is required to maintain restaurant traffic, working at ‘sweatshop’ speeds, and deploying cost-saving measures such as running after cats and dogs in the alleyway with a meat cleaver. When it comes to operations, the character needs to gamble, deal with immigration officers, tax evasion and more.

Big-O-Tree Games has a tagline “Because being politically correct is so…boring.” The premise of the game was called out by New York Congresswoman Grace Meng, who shared on Facebook:

“This game uses every negative and demeaning stereotype that I have ever come across as a Chinese American. From the names used for the characters of the game to the types of food they cook to the disturbing depiction of their faces, this game epitomizes racism against Asian Americans,”

“Our government condemns racism in all its forms, including negative and demeaning stereotypes that perpetuate racist attitudes and beliefs,”

“Ontario is home to over 700,000 Chinese Canadians who make our province and our country strong. This trailer is a reminder that racism and stereotypes are real, and can have extremely harmful consequences on individuals and communities … Ontario will never support a company or brand that builds its reputation on racism and narrow-mindedness.”

This type of racism has no place in Ontario. I know this does not reflect the values of the people of Markham. https://t.co/7VjeqyLLcD

Big-O-Tree games released the following statement regarding their game:

“It has come to our attention that our small, independent game, Dirty Chinese Restaurant,has upset some people due to its content,”

“Our game is mainly satire and comedy influenced by the classic politically-incorrect shows we grew up watching, such as: South Park, All in the Family, Sanford & Son, Family Guy, Simpsons, and Chappelle’s Show. We also listen to Jay-Z. Our game in no way is meant to be an accurate representation of Chinese culture.”

We tried to reach out to Big-O-Tree to ask if this was an actual game or just a concept, but it appears their email has been shut down with the recent negative attention over their game.

While the trailers suggest the title is available in the App Store and Google Play, it’s unavailable for download. Apple told Global they had no knowledge of the app, as surely it would not pass through the app review process based on its objectionable content.

Check out the trailers below: