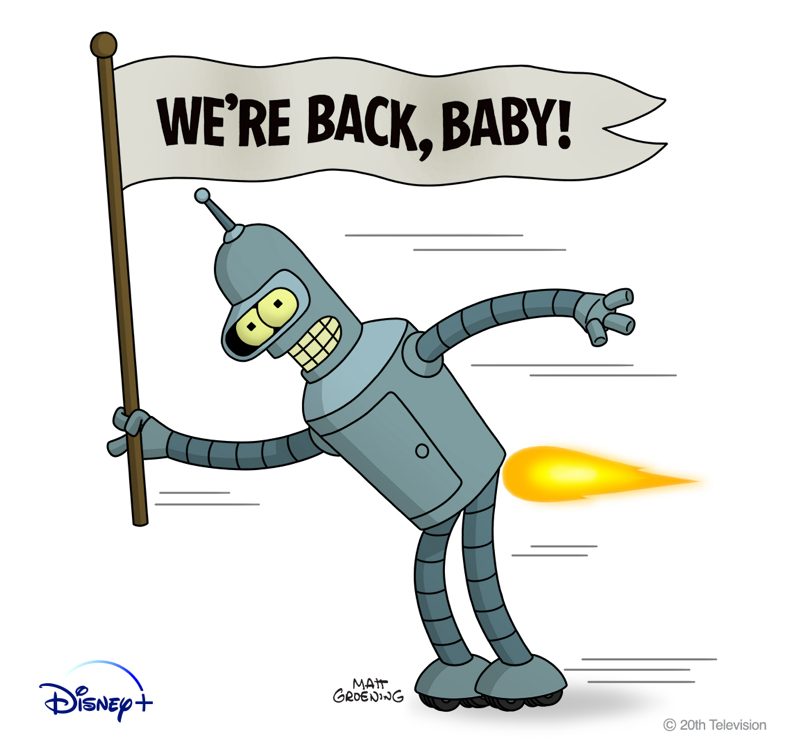 Disney+ Canada confirmed on Thursday it will be streaming new episodes of ‘Futurama’, as the animated sci-fi comedy from Matt Groening will deliver new episodes starting in 2023.

“I’m thrilled to have another chance to think about the future… or really anything other than the present,” said David X. Cohen, in a statement.

Futurama previously aired on FOX from 1999 to 2003, but saw a brief return in 2007 with four direct-to-DVD movies that eventually made their way to Comedy Central, with the latter ordering new seasons of ‘Futurama’ in 2010.

The animated series has had seven seasons over two decades and 140 original episodes produced, with its most-recent finale airing on September 4, 2013.

For those unfamiliar with ‘Futurama’, the animated show’s synopsis is as follows:

“Futurama” focuses on the life of Philip Fry (Billy West), a 25-year-old pizza delivery boy who accidentally freezes himself on December 31, 1999 and wakes up 1,000 years later with a fresh start at life and a “diverse” new group of friends including Leela (Katey Sagal), a tough but lovely one-eyed alien and Bender, a robot who possesses human characteristics and flaws.

“It’s a true honor to announce the triumphant return of Futurama one more time before we get canceled abruptly again,” said Matt Groening, also known as the creator of The Simpsons.