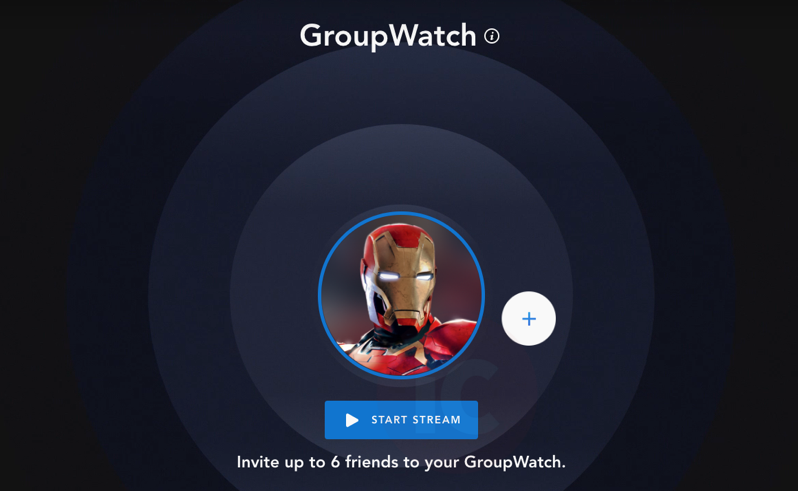 Disney+ has launched a new GroupWatch feature in Canada, allowing friends and family to view content together and send reactions, available for select users. 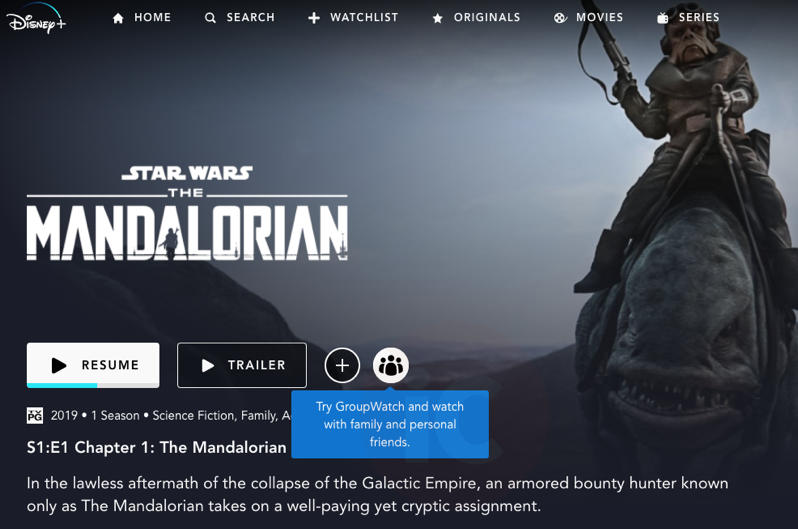 GroupWatch allows you to “invite up to 6 friends to your GroupWatch”. Once you start a GroupWatch, a unique stream link is created, which you then share to friends and family members who have an existing Disney+ subscription. When friends and family visit the link, it’ll take them to Disney+ and ask them to join the live stream taking place.

You can start a GroupWatch by tapping the new icon when clicking on a title, which says “Try GroupWatch and watch with family and personal friends”. The feature works on desktop and within the Disney+ iOS app, as seen below: 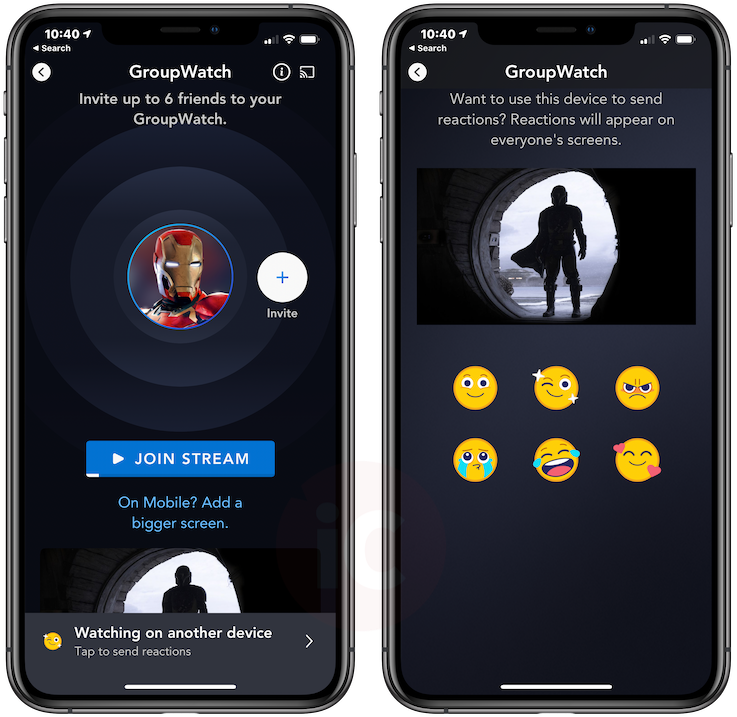 If you start a GroupWatch on your desktop, Disney+ allows you to use your iPhone or iPad as a second screen to send reactions, in the form of a smiley face, wink, angry face, tears, laughing and heart face.

One tap and you’ll see reactions appear on everyone’s screens, such as the example below: 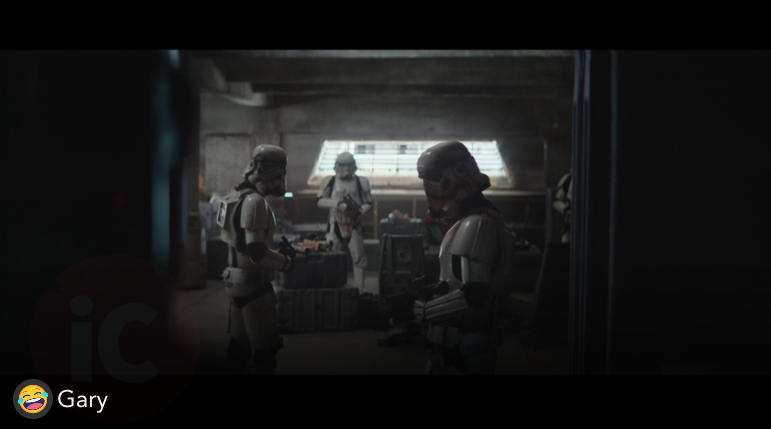 If you’re watching on your iOS device, swiping left will bring the reactions onto your screen to tap and send.

It appears Disney is testing GroupWatch in Canada first, as confirmed by The Verge. It may eventually roll out to other markets over time. Canada gets something first–that’s nice touch, for once.

With COVID-19, gathering in groups to watch content is now going online and you can start easily with Disney+.

Update: We tested this on the Disney+ app our Apple TV 4K and it also works here as well. When you launch your profile, it will say “You are in a GroupWatch” and also “You are watching “The Mandalorian” in a GroupWatch. Do you want to join your group now? You can always join later by searching for the title.” Then you have an option to “Join Group” or “Not Now”.

When watching a GroupWatch on Apple TV 4K using the Disney+ app, it will let you know to send reactions via the Disney+ mobile app.

Update 2: We also tested this on the Disney+ app on Roku and GroupWatch also works, so it appears this feature works across all platforms that support Disney+ apps, added as part of a backend update.

“GroupWatch is available on many devices supported by Disney+. GroupWatch is not supported on select devices, such as PS4, some Roku models, and some Fire TV models,” explains the company’s FAQ.