Disney said “growth in TV/SVOD distribution results was due to sales of content to Disney+ driven by The Lion King, Toy Story 4, Frozen II and Aladdin.”

Disney Q2 saw the number of Disney+ subscribers surpass its Hulu brand, with the latter having a total of 32.1 million subscribers at the end of the quarter.

Compared to Netflix, Disney+ still has a ways to go to catch up, but is off to a fast start since launching back in November. Check out the chart below from CNBC: 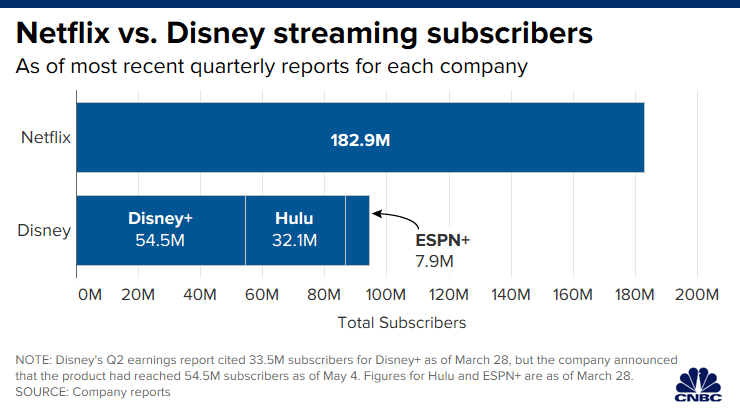