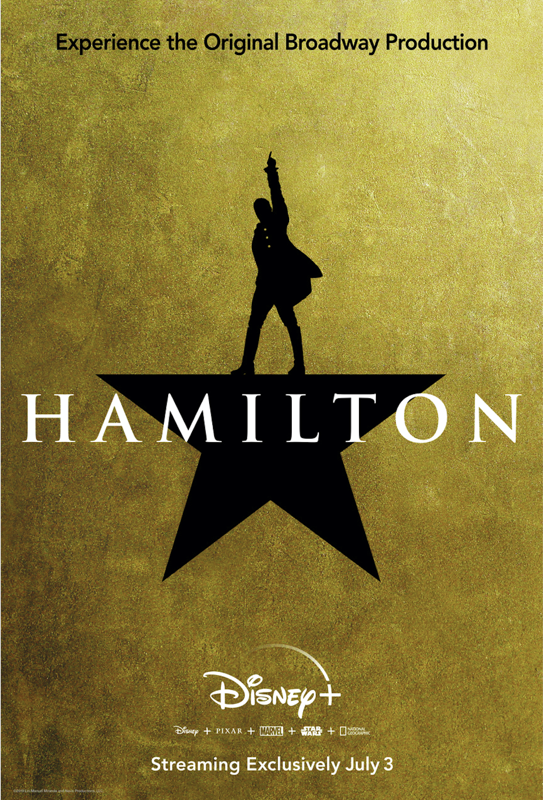 Disney+ announced today it has fast-tracked the streaming launch of musical Hamilton, available in Canada and worldwide starting on July 3, 2020.

“The film is a leap forward in the art of “live capture” which transports its audience into the world of the Broadway show in a uniquely intimate way. Combining the best elements of live theater, film, and streaming, the result is a cinematic stage performance that is a wholly new way to experience ‘Hamilton'”, explains a press release.

“We are thrilled to bring this phenomenon to Disney+ on the eve of Independence Day, and we have the brilliant Lin-Manuel Miranda and the team behind ‘Hamilton’ to thank for allowing us to do so more than a year before planned,” said Robert A. Iger, Executive Chairman of The Walt Disney Company, in a statement.

Disney+ comes with a free trial in Canada, then costs $8.99 per month.