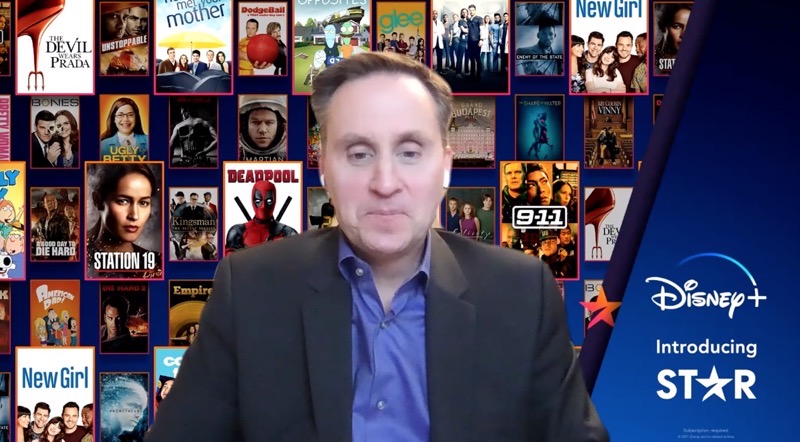 Today marks the launch of the Star channel on the Disney+ streaming service, with the former adding over 150 TV series and over 500 movies at launch.

In an interview with iPhone in Canada on Monday, Greg Mason, Vice President of Marketing for Walt Disney Studios Canada, elaborated further on Star’s launch in Canada.

As for Star’s content, Mason said it offers a “compelling” library for teens and adults. In regards to the channel’s library at launch for Canadians, he was “incredibly proud” of the line up available in Canada on day one, adding the country was “at the forefront” and releases were “not very hampered,” compared to other streaming services in the past that debuted here (without naming names).

Disney+ will see global release dates for originals and Canada will be right there, added Mason.

Canadian Research Showed Desire for Star, with Integration into Disney+

When asked about the response of Disney+ in Canada, the executive added “Canadians have been fantastic.” He said Disney did research in Canada to see if Star would be viable here. Results showed Canadians wanted Star within the Disney+ platform and not a separate service, noting the new parental controls were key.

“In my entire career, I have never worked on a project that has been more locally driven and with Canada at the forefront in mind—I’m particularly proud of our company,” he said.

He added Star is not an offering available in the USA and is “not a direct comparison to Hulu”.  Star in Canada is a derivative of Disney+ Hotstar from Indonesia, said Mason.

“So to launch something separate, thinking of Canada, what Canadians like, what content has been well-viewed, series that have been well-watched on TV, and to build a platform that is locally-curated for Canada—is incredibly special,” detailed the Disney Canada executive.

What’s the Number One Thing Canadians Need to Know About Star?

Mason answered the number one thing is there will be so much “great new content coming,” beyond classic movies and TV series you can revisit. He mentioned he’s excited about American comedy TV series, Only Murders in the Building to hit Canada, which stars Martin Short, Steve Martin and Selena Gomez.

Also, the highly-anticipated release of critically-acclaimed film, Nomadland, will stream April 9 in Canada, included with a Star subscription, detailed the executive. The film took home the People’s Choice Award at the Toronto International Film Festival in 2020 and the Golden Lion at the Venice Film Festival.

“It’s what’s to come that is very exciting. I love the pipeline not only of Star, but of Disney+,” said Mason, adding he’s also “in awe” about Kevin Feige and the Marvel Cinematic Universe and what has been crafted with Wandavision.

“We go into Falcon & Winter Soldier next—which I’ve had a look at and it’s outstanding, and following that we go into Loki,” he added.

What about the new Disney+ price increase now that Star is here? Existing subscribers are grandfathered until August 22, 2021, reiterated Mason.

“I will say with the price, comes almost double the content—so we believe it’s a compelling offer,” concluded the Disney Canada executive.

By the end of 2021, Star on Disney+ aims to hit close to 800 movies, including exclusive original content.