Rumour has it Apple will unveil the iPhone 6s and iPhone 6s Plus on September 9. As usual, the rumour mill has been busy spilling information about Apple’s highly anticipated handsets, so we’ve seen various components of the 4.7-inch versions so far, including a display assembly. The latest leak comes from a French smartphone repair firm, MacManiack, which puts the iPhone 6s and iPhone 6 display assemblies side-by-side and highlights the changes Apple has made to better the next-generation model (via AppleInsider). 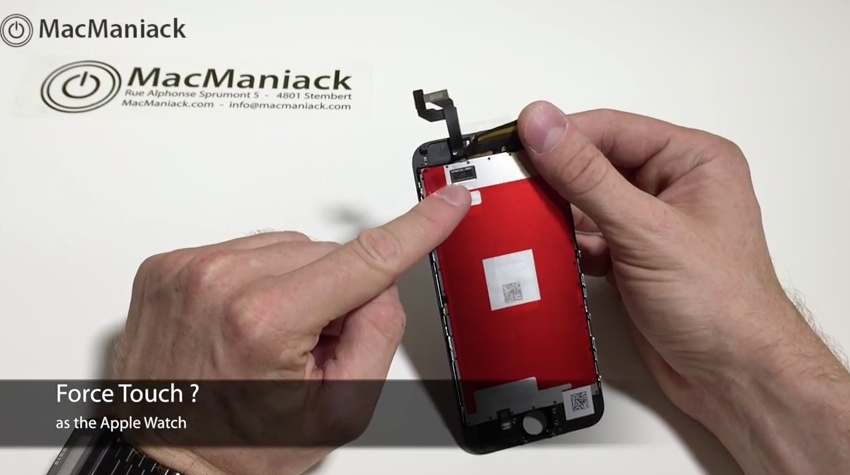 First, we must note that the iPhone 6s display assembly is similar to what we’ve seen so far leaked by Chinese sources. While we’ve also heard that the next-generation model will be slightly thicker, the French firm noticed no difference in terms of dimensions.

As you can see in the video inserted below, Apple has left the FaceTime camera and proximity sensor unchanged from the iPhone 6. What has changed, though, are the ribbon connections, and the home button and the fingerprint sensor, which are apparently integrated with the LCD and digitiser connectors.

Another change, however, is a new connector, which MacManiack believes is a strong hint at the rumoured feature, Force Touch, but that remains to be seen.