According to a report by CBC News, Edmonton police officers have been hitting the streets to catch distracted drivers, as part of a week long enforcement campaign across the city. The officers reminded drivers to “practice safe text” this Valentines Day, by handing out cookies to drivers stopped at Whyte Ave. and Gateway Blvd. 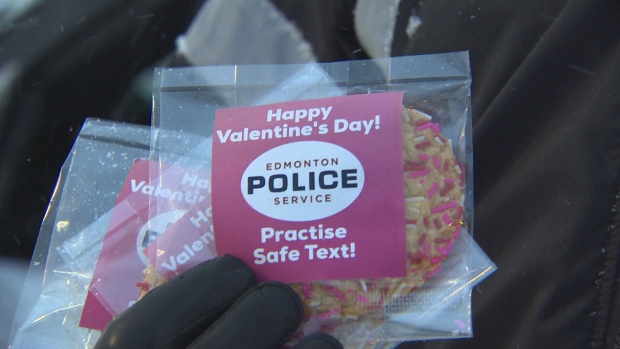 Feb 12 to Feb 16 marks ‘distracted driving enforcement week,’ and drivers need to pay attention, police told the publication. “The number of tickets we issue only represents a fraction of the people we see,” said Const.Trevor Henderson in a statement. He continued that despite the danger of taking your eyes off the road, “drivers continue to use their devices behind the wheel”. 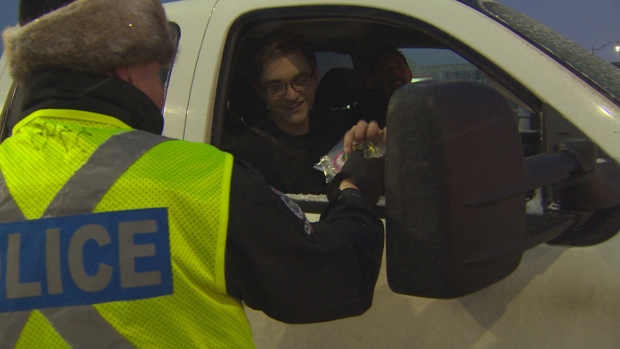 In order to sweeten their message this Valentine’s Day, Edmonton police officers decided to use a little sugar.

As part of the campaign, “EPS Cupids” will be out on the road Wednesday, handing out Valentine’s cookies to drivers during the morning commute in an attempt to raise awareness about distracted driving.

Texting is the most common form of distracted driving seen on Edmonton roads, police said. However, during the ticketing blitz, inattentive drivers have been fined for personal grooming and even reading behind the wheel. “The majority of drivers we see during enforcement are caught by surprise and many don’t believe they’re breaking the law,” Henderson said.

Edmonton police have issued more than 21,000 distracted driving violations since 2015, with 7,403 tickets issued during last year.