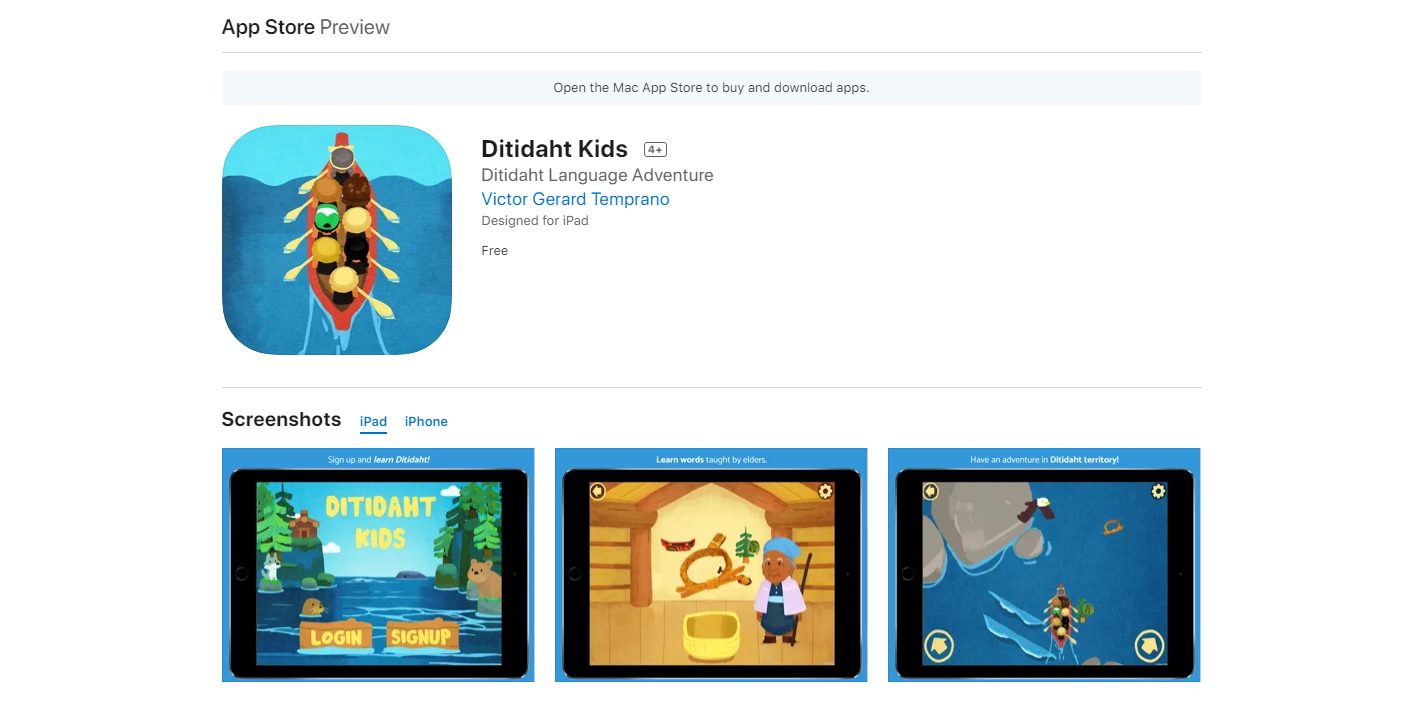 Vancouver Island’s Ditidaht First Nation is both preserving their language for future generations and making it much easier for children (and adults) to learn it, with a new mobile app — reports CTV News.

The nation’s app, Ditidaht Kids, teaches its centuries-old language to users through a game that takes them on a canoe trip through the nation’s territory. Throughout the game, players learn about the Ditidaht’s language, their stories, and their songs.

“Preserving our language in modern ways is definitely needed to keep up with contemporary times,” said Tina Joseph, research and production manager for Ditidaht Kids. “The app provides a way for kids to hear the sounds and for them to connect the words to images.”

Kids do tend to learn languages more easily if they are exposed to the new language in an organic setting, and if they can associate new words with visual and aural elements.

Apart from preserving the nation’s language and teaching it to anyone interested in it, the app is also good for Ditidaht representation on a national scale.

Tim Masso, an 18-year-old member of the Tla-O-Qui-Aht First Nation who used apps to learn the Nuu-chah-nulth language, said his niece was particularly taken with the Ditidaht Kids app. “She just has a delightful time playing their games,” said Masso.

The digital world has been gradually turning its attention to recognizing and celebrating Canada’s Indigenous peoples. Twitter, for example, makes a point of recognizing Indigenous History Month in Canada every year.

In addition, Toronto’s Alejandro Mayoral-Banos launched Indigenous Friends, a social networking app designed to help members of Indigenous communities find and connect with each other, back in 2018.

Between 70 and 90 Indigenous languages are spoken in Canada — some have thousands of speakers, while others just one.

Ditidaht Kids has been downloaded over 2,000 times so far. The app is available on the App Store for iOS, and as a direct download for Android. The developers say Ditidaht Kids should be coming to the Google Play Store soon.