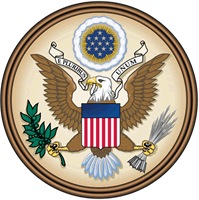 The Digital Millennium Copyright Act (DMCA) was established to control access to copyrighted works by preventing individuals from circumventing digital rights management schemes; though the Librarian of Congress has the power to grand exemptions. After some concern expressed earlier this year, this power was exercised this week with the addition of a new batch of exemptions, including an extension of the allowance for jailbreaking smartphones (but not tablets). There is a catch (of course): be sure to buy your smartphone before January 2013.

The January 2013 date comes from a provision set forth in the rule that states the smartphone being unlocked must “originally acquired from the operator of a wireless telecommunications network or retailer no later than ninety days after the effective date of this exemption.” Phones acquired after this date can only be unlocked with the carrier’s permission.

So why does this exemption not apply to tablets as well? The Librarian felt that there isn’t an “appropriate definition for the ‘tablet’ category of devices” which is required to extend the rule to those devices.

Does ‘keeping it legal’ make you more apt to jailbreak your smartphone, or your iPhone in this case?