Dr. Tommy Korn, an ophthalmologist who specializes in cataract and cornea transplant eye surgery, is using his new iPhone 13 Pro macro camera capabilities to photograph and document the eyes of his patients (via PetaPixel). 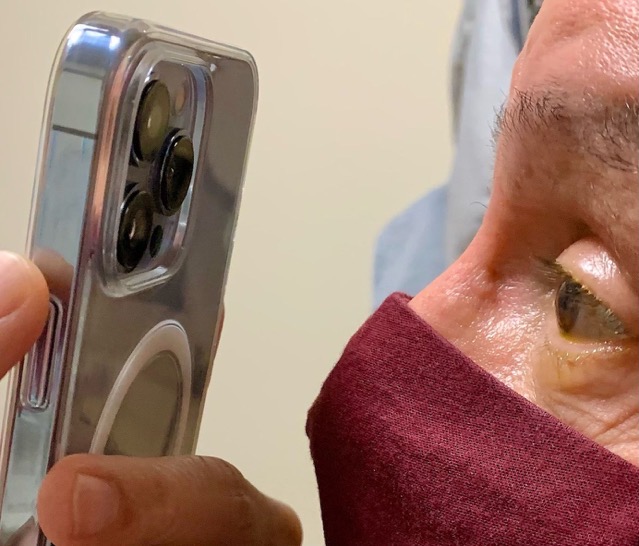 Dr. Korn said that doctors can take photos to monitor progress in addition to copious notes. Some comments on one of his LinkedIn posts showing him using an iPhone 13 Pro to photograph patients’ eyes have encouraged him to use a higher quality standalone camera instead, although he explained that’s not the point of what he is doing.

“I’m using it for documentation. I have just enough information to know if it’s serious or not,” he clarified. Dr. Korn added that he has been doing this kind of documentation for some time, but it hasn’t always been with a smartphone.

“There is some confusion on if the camera is going to replace exams or larger cameras,” he said in an interview with PetaPixel. “Let’s say you have an eye condition or eye problem and you have to see a doctor and you see them six months later and you ask ‘hey, how does it look compared to last time.’ Do you think the doctor remembers? They can’t remember. They look at notes and verbal descriptions.”