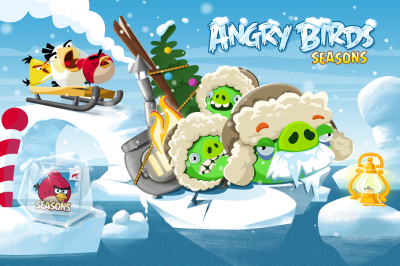 The all-new Angry Birds Seasons episode lets you fling the birds through the cold air, as well as a surprise underwater attack through the icy Arctic sea. Throughout the month of December, users will get to play a new level every day before Christmas as part of Angry Birds Seasons’ special advent calendar countdown. As always, all 25 levels can also be unlocked right away with a simple in-app purchase.