Microsoft Defender for individuals, a new online security application for Microsoft 365 Personal and Family subscribers, has just been launched for iOS, Mac, Android, and Windows devices. 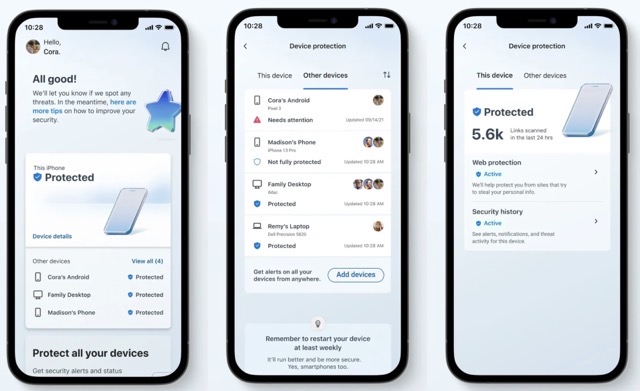 According to Microsoft, the app’s features will vary depending on the platform. For iOS users, the Microsoft Defender app will not offer antivirus protection but will provide them with some phishing protections alongside their dashboard that features alerts for their other devices.

For Mac and Windows users, however, the app includes security alerts and tips for maximum protection. Microsoft Defender for Android also includes antivirus protection as well as the ability to scan malicious apps.

“The expansion of our security portfolio with Microsoft Defender for individuals is the natural and exciting progression in our journey as a security company,” says Vasu Jakkal, corporate vice president of Microsoft security.

“This is just the start. As we look forward, we will continue to bring more protections together under a single dashboard, including features like identity theft protection and secure online connection.”