In November last year, Microsoft launched Word, Excel and PowerPoint iOS apps with the ability to create and do basic editing to documents for free. Today, the company has finally completed its “office everywhere” dream with the release of the official Outlook app for iPhone and iPad, which is now available as a free download in the App Store. Also available for Android in Google Play, the newly released Outlook apps are based on Acompli, an app from a startup that Microsoft acquired last year (via FastCompany). 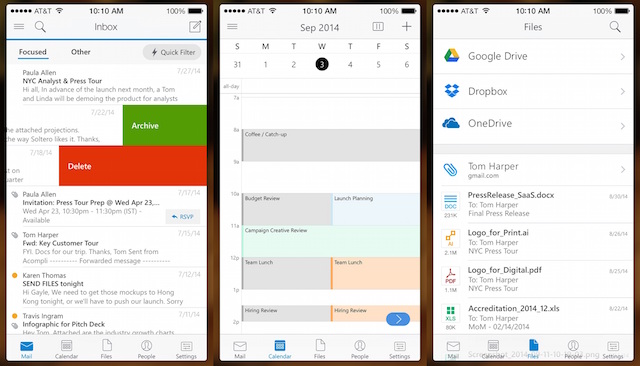 Acompli’s cofounder and CEO Javier Soltero, who is now the general manager of Outlook, said in an interview that email is an “extraordinarily critical business tool”, adding that the goal with these new editions of Outlook was to please a wide range of email users. He also highlighted that instead of trying too hard to mimic Outlook in its desktop form, the company has focused on features tailored to mobile devices, including seamless searching of messages stored on the server and the ability to pull in information from other Office apps.