Microsoft has just announced the debut of the Skype for Business Mac Public Preview, allowing commercial customers to request invites for testing the Mac client. “We’ll start by issuing invites to IT administrators to download the client and gradually expand the preview to everyone in the coming weeks”, notes the official Microsoft blog. 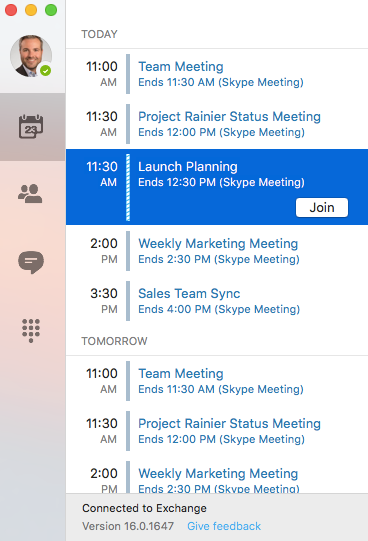 Skype for Business preview for Mac users will be released in three cumulative stages, with public availability planned for the third quarter of 2016. Microsoft notes that today’s initial release will allow users to see and join meetings. Once you sign in, you’ll see your meetings for today and tomorrow, based on your Outlook calendar, displayed in the Skype for Business client. Once you join a meeting, you can enjoy full screen video, content viewing, in-meeting chat and the ability to invite others to the meeting. 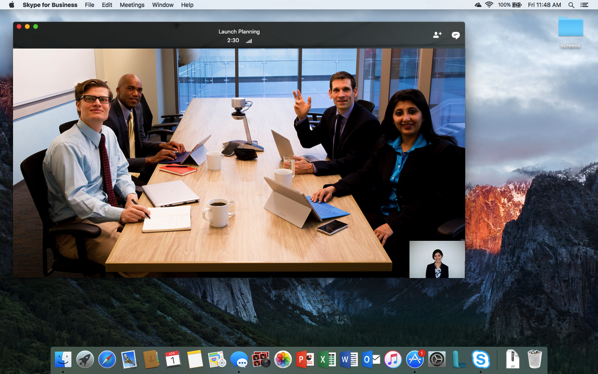 In the second phase, the preview will get instant messaging, presence and contacts, which will be released in early summer. In the meantime, users can continue to use Lync for Mac 2011 side-by-side with Skype for Mac Preview. In the third and final phase of the preview, telephony and related features will be introduced as well.

Check out a demonstration of the Skype for Business Mac Public Preview in the following video:

According to a report by MacRumors, Apple has updated its battery replacement policy for the sixth-generation ‌iPad mini‌, allowing customers to get their batteries replaced without requiring a device replacement. Prior to the announcement, if a customer wanted to get their iPad mini 6 battery replaced, Apple Stores, authorized service providers, and repair centers will give those...
Usman Qureshi
41 mins ago

A new Apple support video has detailed how you can use the iPhone's Safety Check feature to disconnect your device from people, apps, and devices you no longer want to be connected to. You can use Safety Check to check whom you’re sharing information with, restrict Messages and FaceTime to your iPhone, reset system privacy...
Usman Qureshi
53 mins ago