Remastered version of SEGA’s iconic game title ‘Sonic the Hedgehog’ has been released today for Apple TV, with ‘Sonic the Hedgehog 2’ and ‘Sonic CD’ also scheduled for release later this month (via TouchArcade). You can now race at lightning speeds across seven classic zones as Sonic on the big screen connected to your Apple TV 4. 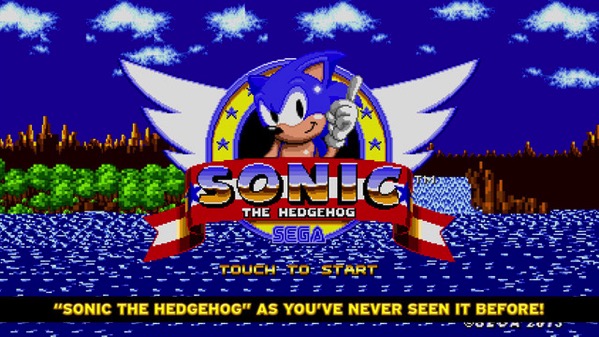 The re-mastered version features the full Sonic The Hedgehog game, plus some new, exclusive features.

Play as Sonic’s friends Tails & Knuckles for the first time.  Use their unique abilities to fly, climb, and glide around levels offering exciting new ways to explore.

Sonic The Hedgehog now plays in widescreen at a smooth 60FPS offering unrivalled performance and the game’s legendary soundtrack has been fully re-mastered.

Challenge your friends in the new Time Attack Mode and check out how you rank with Leaderboards and Achievements.

Note: It’s a new game! Your saved game files from previous versions will be incompatible with version 2.0.

‘Sonic the Hedgehog 2’ and ‘Sonic CD’ will be getting Apple TV support on March 24th and March 31st respectively.