Toronto-based interactive mapping app ‘Driftscape’ has just been updated to include Hidden and Historic Guelph points of interest, such as long-lost Guelph Opera House, the Carnegie Library and Bell Piano Factory, among others (via GuelphToday). 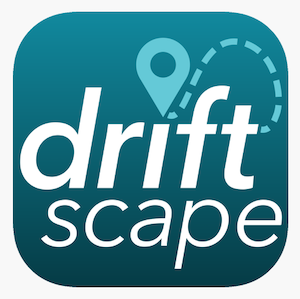 Driftscape is an existing smartphone app that maps out sites of interest in different cities. According to the Downtown Guelph Business Association, the movie is expected to drive traffic to the hard-hit restaurants and retailers in the city’s downtown.

“The long-term goal is when the pandemic is finally behind us thousands of people from Toronto and elsewhere who have this app, if they are coming to Guelph, will open it up and see what is there,” said Marty Williams, executive director of the Downtown Guelph Business Association.

“It might say a famous poet lived here,” said Williams. “It’s a fun little thing you can do with your family, with your bubble, to check out all of the things you might not have known about in Downtown Guelph,” said Williams.

The app is also currently populated with current points of interest, like the Basilica of Our Lady Immaculate, from a Canadian list of historic places. Williams said in some ways the app can take the place of a historic plaque traditionally used to denote a historical landmark.

The Driftscape app, which allows for people to explore on their own or with family, is available as a free download in the App Store.

Citing people familiar with the matter, a Bloomberg Law report is claiming that Hollywood super-agent Ari Emanuel has attempted to pave the way for a settlement between Elon Musk and Twitter in their $44 billion takeover deal. Sources said that Emanuel contacted Twitter board member Egon Durban and suggested the two sides find a solution...
Usman Qureshi
36 mins ago

Xplore, formerly known as Xplornet, has just announced the launch of its fibre broadband internet service in Quebec, with plans to be offered including download and upload speeds up to 1 Gbps and truly unlimited data. Xplore’s latest fibre-to-the-premise network expansion will connect approximately 6,000 homes and businesses in communities around Val-des-Sources, the MRC Papineau, and...
Usman Qureshi
49 mins ago

Apple Music Live offers concerts from featured artists for subscribers, with the latest from Billie Eilish, set to debut on Friday night. “Billie Eilish brings her world tour to Apple Music Live. She’ll be playing songs from her latest album, Happier Than Ever, in addition to other iconic hits,” said Apple in an email to […]
Gary Ng
50 mins ago