Drone Deliveries in Canada Could Launch by End of 2017 [VIDEO] 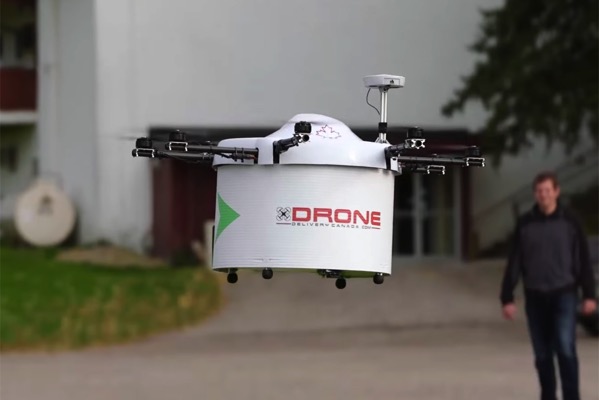 Transport Canada has approved its first drone test range near Foremost, Alberta, which should help Drone Delivery Canada in launching its robotic cargo service as soon as late 2017, joining the likes of France and the UK who already have operational courier drone services. According to Engadget, a range of nearly 927 square miles will help DDC “prove that its drones can haul goods across long distances using satellite guidance”.

Tests with the company’s early partners should start sometime in the first quarter of the year. The drone delivery system could be more important for Canada than it would be for other nations. Like in other countries, DDC will help both government and corporate clients deliver packages both to each other and to customers (say, from online stores).

However, the firm is particularly focused on serving Canada’s northern communities, where roads are few and even modestly-sized towns may be very far away.

The service could be used to supply small sized towns and communities with medical supplies and other goods on demand, rather than making them wait for the next scheduled cargo flight or truck. That could not only save lives, but improve the quality of life for the residents of such areas, as they frequently have to deal with food shortages and other supply problems.

Check out the following video explaining how DDC works, and share your thoughts with us in the comments section:

Following Morgan Stanley's estimate that Apple’s App store net revenue tumbled a record 5% last month, CNBC's Jim Cramer has said that investors should ignore negative calls about the iPhone maker and hold onto their shares. “The next time you hear this Apple mishegoss, you need to recognize that you’re still getting one more buying opportunity in...
Usman Qureshi
34 mins ago